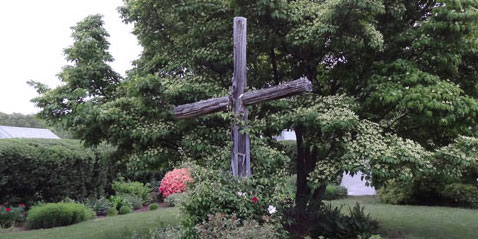 [2013 post] Three Same Sex Marriage Bill to be Voted on this Week; Broad and Narrow Protections for Religious Freedom All Still Alive in Committee

Three same-sex marriage bills have been posted for a Senate Judiciary Committee hearing on this Tuesday, S0038 and H5015A which would authorize same sex marriage by statute, and S0708 which calls for a referendum on the issue. One or more of them could reach the Senate floor by Thursday (see item #7 from Ian Donnis).
The Providence Journal‘s Randal Edgar did an excellent job last Sunday describing the opposite poles of religious freedom embodied in the two bills receiving the bulk of recent attention, as well as the possible other positions in between…

One bill [S0038] — nearly identical to a bill that passed 51 to 19 in the House — would give Rhode Island the fewest religious protections among states where lawmakers have approved same-sex marriage. The only states with fewer protections would be Massachusetts and Iowa, where the courts legalized same-sex marriage, and Maine, one of three states to adopt it last year by popular vote.
The other bill [S0708] would give Rhode Island one of the longest lists of protections, extending them to areas other states have bypassed…
[S]ame-sex marriage laws in the six states that have legalized it through legislation, as well as the District of Columbia, tend to fall between the two Rhode Island bills, and they sometimes touch on different issues.
Vermont, New Hampshire and Maryland allow religiously affiliated fraternal organizations to limit insurance coverage to spouses in heterosexual marriage, as the Ciccone bill would do.
Maryland, New Hampshire and the District of Columbia protect religious organizations from promoting same-sex marriage through religious programs, counseling and retreats that violate the organization’s beliefs — an area not expressly covered in either Rhode Island bill.

In addition, laws in Connecticut, New Hampshire, Vermont, New York and Maryland are expressly wider in scope in defining organizations that cannot be required to participate in any ceremony related to the “solemnization or celebration” of a marriage. For example, Connecticut law specifically exempts “any nonprofit institution or organization operated, supervised or controlled by or in conjunction with a religious organization, association or society” from having “to provide services, accommodations, advantages, facilities, goods or privileges to an individual if the request for such services, accommodations, advantages, facilities, goods or privileges is related to the solemnization of a marriage or celebration of a marriage”.
The wide range of organizational forms listed in other state laws has direct bearing on what has become a common but dubious claim of many SSM advocates, that already existing RI law makes adding anything beyond a thin exemption to a same-sex marriage law unnecessary. As Edgar writes…

Rhode Island also has a Religious Freedom and Restoration Act, which allows governmental restriction “of a person’s free exercise of religion” only when the restriction comes from “a rule of general applicability, and does not intentionally discriminate against religion.” The restriction must also be “essential to further a compelling government interest.”
“The protections already exist,” said Bela August Walker, a law professor at Roger Williams University.

I did a quick search, to see whether the Religious Freedom and Restoration Act had ever been interpreted, and came across its consideration in New Life Worship Center vs. Town of Smithfield Zoning Board of Review (2010). In a decision where one aspect of several was the interaction between the Religious Freedom Restoration Act and local zoning decisions the Superior Court quoted this principle to be followed in religious freedom cases…

Could this mean that a revenue-generating hall rental can remove use of a facility from the protection of the Religious Freedom Restoration Act, and perhaps from other current laws, related to religious freedom? Case law suggests it’s possible.
There is also the question of how the narrow constructs of “religious institution” and “religious organization” relate to the canonical religious freedom and same-sex marriage thought-example, the Knights of Columbus. Because of arcane Federal tax rules, individual Knights of Columbus chapters don’t incorporate under the same section of tax-code usually used by other “religious” organizations. They incorporate as “fraternal lodges” or “fraternal benefit societies” (and a bit of RI case law [Levasseur vs. Knights of Columbus (1963)] does indeed refer to a K of C chapter as a “fraternal benefit society”). When it come times for a court to interpret religious exemptions in terms of Rhode Island law, could the fact that the Federal Government see an organization as a “fraternal benefit society” and not a “religious organization” make a difference?
States like New Hampshire, Connecticut and New York have made a clear, unmistakable choice on this. What is there to be gained by Rhode Island leaving any ambiguity in its statutes on this issue?

In any coherent analysis, the position taken by some SSM advocates that S0038 provides “strong” protections for religious freedom cannot be reconciled with an insistence that existing protections not be overlapped. If a SSM law has been constructed to avoid “protections [that] already exist”, then the ability of the government to require clergy to perform marriages must not be prohibited anywhere else in the structure of Rhode Island law — which further implies that state government can order clergy to perform marriages, if the particular “protection of freedom of religion in marriage” section of S0038 is repealed at a future time.
The other possibility, of course, is that S0038’s religious freedom protections merely reaffirm what is already enshrined elsewhere in law. But if it is OK to reaffirm a principle that we all hope is already very clear, i.e. government cannot order religious institutions to perform marriages, then it is more than OK to also clarify an area of the law where definite ambiguities exist, i.e. the meaning and scope of “religious institution” or “religious organization” under Rhode Island law. New York/Connecticut style language that makes clear that “religious organization” can mean more than just a house of worship would tell the public – including the judges who might have to interpret this law in the future – what exactly the law is intended to cover.
At the end of the debate on the legislation related to this issue, not everyone will be in agreement about what should be covered by religious protections related to same-sex marriage — but before the law is voted on, there should be a clear understanding about what will be covered.

Religionist is a good term. The young man and his kid brother look Boston through and through. This is about two souls who got terribly, terribly lost. The citizens of Boston, as far as I could see, responded with decency and kindness. Law enforcement perhaps overreacted, but understandably. The older man was killed in a shoot-out that was more characteristic of criminal apprehension than of anti-terrorism activity. The boy was all alone in the end in a boat in a suburban backyard. In a sense, all murderers are terrorists. We should not have separate systems of justice for any group. We should work to make sure our Constitutional system of justice is functioning and respecting our fundamental concepts. And we really need to demand that the media, especially the 24-hour media, behave ethically and with restraint. And that their commentators learn to shut up and take a breath once in awhile, for God’s sake. Their 24 hour coverage is completely antithetical to maintaining a civilized society.

“The older man was killed in a shoot-out that was more characteristic of criminal apprehension than of anti-terrorism activity”
I am not so sure that the police picked the time, place, or method.
I do think we have to decide what “terrorism” is, to that extent Al Queda has scored. Of course, I can remember when everyone knew what “marriage” was and it didn’t need a “definition”. So, “marriage” has fallen in importance in the public consciousness, and “terror” has risen.