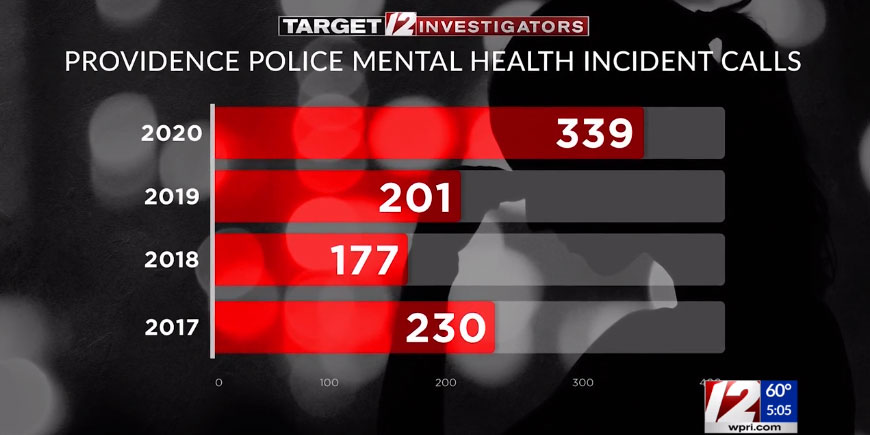 Along the defund-the-police line, Providence Mayor Jorge Elorza recently released the results of a Walmart-family-funded study concluding that a “prevention-first approach” to public safety would “create a healthier, safer, and more just Providence,” but residents might wonder what “prevention-first” really means.

Public Safety Commissioner Steven Paré has lauded Eugene, Oregon’s CAHOOTS program, which stands for Crisis Assistance Helping Out On The Streets, wherein “specialized teams of nurses, paramedics and crisis workers to handle mental-health calls rather than dispatching police.”  Pause for a moment, though, and reflect on what these emergency calls are supposed to be.  By the time that dispatcher is figuring out whom to send on a call, it’s supposed to be a crisis.  Whether or not it’s possible to know how quickly it could escalate to require the responding official to have a gun, it isn’t really “prevention.”

Those who promote government-driven solutions might roll back the incident timeline a bit and suggest a role for a CAHOOTS team when problems manifest but are not yet at crisis proportions, but there’s a more-fundamental means of prevention.  In particular, Rhode Island needs to focus on the underlying health of our society and our economy.  Unfortunately, however, the prescription for government at that level is just to get out of the way, which is one thing RI insiders can’t tolerate.

WPRI included a telling chart in its segment on the public-safety report, presented on this post as the featured image.  Mental health calls skyrocketed in 2020, up about 70% from the year before, and nearly double from 2018.  This starkly shows the effects of our lockdown mentality, which has certainly escalated to an extreme over the past year, but which was different more in degree than in kind from the status quo.

In ordinary times for the Ocean State, schools aren’t shut down, but they do a poor job, especially in Providence.  Normally, the economy isn’t locked up, but it’s heavily restrained.  Resolving those problems would truly be a “prevention-first approach,” but you’ll have your hands to your ears for a long, long time before you hear anybody with the power to change things making that suggestion.