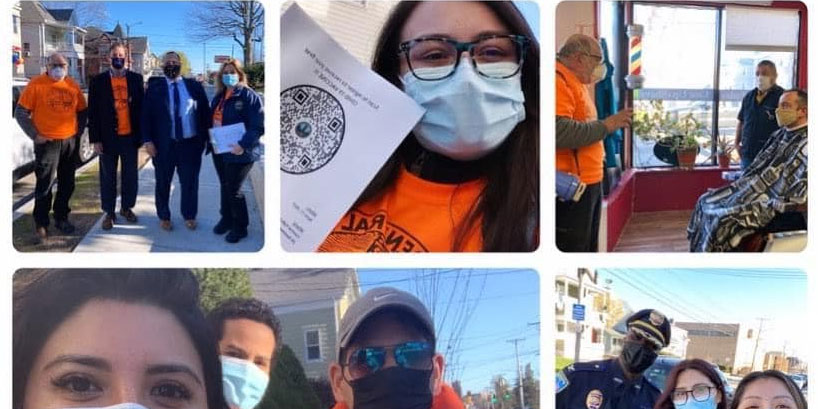 Politicians have to walk (and constituents have to enforce) a subtle line.

Something in Dan McGowan’s Rhode Map column today reminded me of a question I had for Central Falls Mayor Maria Rivera.  Asked by McGowan what has surprised her in her first 100 days in office, Rivera replied, in part: “I’m surprised by the enormous stress of providing basic city services while, at the same time, tackling a global pandemic in a disease-ravaged city.”

Just a few days ago, GoLocalProv reported that Rivera was, as the headline put it, “Going House by House to Convince Residents to Get Vaccinated.”  With the management of the fundamentals of city government in mind, I couldn’t help but wonder whether that is the best use of the mayor’s time.  Doesn’t she have other, more-pressing duties?  Unless it’s actually more the political side of her job, going door to register residents for something is the sort of work that folks lower down the pay scale tend to do.  How little must be involved in a mayor’s job that she has that much time!

Of course, reading more closely, it appears that she and some other politicians on the city council chose this week for a political stunt, and GoLocal played along.

But I’m probably being too hard on the new, energetic mayor.  She told McGowan that she’s taking boxing classes and trying to inspire residents to be physically active by walking with her around the city.  All-in-all, it seems like she’s trying to do it all.  She reports “sitting in [her] office with [her] team” making COVID plans.  “And then, my phone rings: there’s another fire and I go to the scene and am reminded that the most important thing is helping Central Falls families get food, clothing and shelter.”

There’s a risk, here.  An energetic politician who believes in the power and benevolence of an omnipresent government can be dangerous.  It’s a red flag that Rivera reports having been surprised that “I think I know the most important thing at any given moment.”

Believing that government is about solving the people’s problems and running around trying to do just that can pull an elected official into the corrupt belief that all problems are within his or her scope.  At that point, the people themselves can start to seem to be the problem.  Hints of that attitude can be found in Rivera’s anecdote about managing to “turn around” “two girls” who were skeptical about the COVID vaccine.

Where does the people’s right to make up their own minds, without the mayor’s vaccination vans coming to their door, begin?