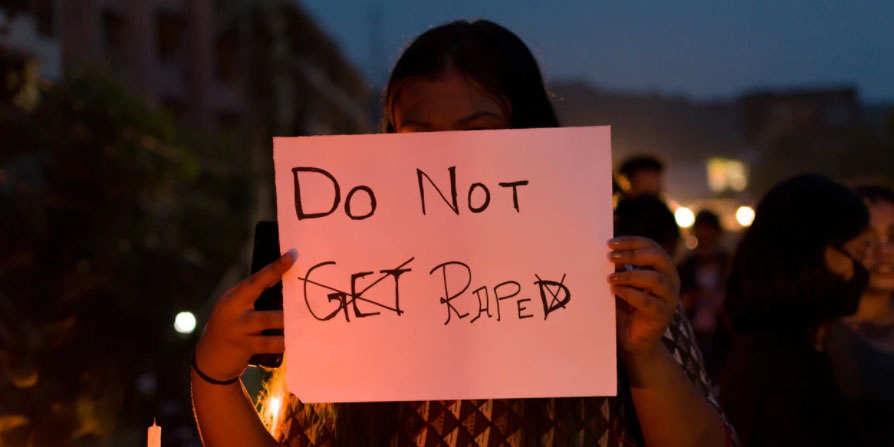 The story of a drug-fueled sexual encounter among a young woman from South Kingstown, Rhode Island, and four teenage males, one as young as sixteen, has gotten national attention, including, for example, from Daily Beast “gender reporter” Emily Shugerman.  As Ms. Shugerman’s job title implies and her article’s lede states, what makes the case so newsworthy is that the town “is now a battleground for two competing issues: racial inequalities in the justice system and the treatment of sexual-assault survivors.”

The alleged victim is female.  The case is sexual assault in the era of #MeToo.  But the boys are black.  All of the elements are there, including cell-phone videos of the encounter.

Further complicating the matter is that nobody is claiming it was a forcible rape, but rather a question of whether the woman was too drunk to consent.  Indeed, she had previously had group sex with two of the defendants.  After the incident, she continued to return to the scene to drink, get food, and sleep.

It was only when she returned to her parents’ house seeking help for alcohol withdrawal that somebody else filed a police report.

Thus, all too predictably, people are taking sides depending on which identity-politics issue they elevate above the other.  On the race-based side, advocates challenge the system’s decision to withhold bail from the three non-minor defendants.  Local activist Marcus Robinson notes that even a not-guilty verdict would leave their prospects damaged, particularly in their hometown.  Here, Robinson voices a common objection to our society’s handling of sexual-assault-related cases:

Along these lines, one can observe that The Daily Beast, like Rhode Island’s own Providence Journal, withholds the woman’s name because “she is the alleged victim of a sex assault,” as the latter explains.  The imbalance is hard to miss.  Withholding alleged victims’ names prevents their embarrassment and reduces the disincentive to report crimes.  On the other hand, not withholding the names of alleged perpetrators can have much greater effects on their lives than simple embarrassment and increases incentive for false or dubious reports when the woman or someone else wants to hurt them.

On the gender-based side, advocates decry the impression that the victim is being blamed.  As RI Democratic Women’s Caucus chair Liz Gledhill says:

“What isn’t being talked about enough, I think, is the damage we do to women in general when we talk about sexual assault,” she said. “We always put blame on the woman: What was she wearing? Was she promiscuous? Did she have a reputation already?”

South Kingstown Town Council member Jessica Rose notes her high-school-daughter’s discomfort “with the way her classmates had rallied behind the defendants.”

Yet, prior behavior and circumstances clearly matter.  If subjective standards and state of mind are relevant to whether a crime has been committed, then the defendants have to have a right to argue that the accuser’s testimony is not reliable.

But most important of all is the way in which our confused, politicized reactions distract from the sort of questions that would allow us to improve our human community and help kids who might end up on either side of a court’s docket someday.

What created the circumstances that led this young woman to a state of “essential homelessness”?  She drank heavily and abused a range of drugs, from the relatively mild (marijuana) to the more-extreme (acid) to the prescription (Adderall).  Scrounging at least a meal a day and a place to sleep, she sometimes had to rely on “boyfriends.”

Moreover, what cultural expectations have brought us to a place where intoxicated teenage group sex for cell phone videos seems almost just fine, provided everybody is able to consent?  And how can we expect young adults (whom we’re increasingly acknowledging through educational practices and health-insurance policies cannot be considered full adults) to navigate tricky matters of consent and intimacy in that environment?

The challenge that these questions pose is that they don’t allow us to pick our tribe and get out the protest signs, because we’d only be protesting ourselves.

The woman in this story told the court that she returned to the scene of the incident multiple times afterwards apparently in a friendly manner because she “had no self-respect.”  The same could be said of the men.  Our society is no longer teaching self-respect, which implies maturity.  Instead, we’re teaching self-esteem, which implies no obligation on the part of the individual.

That is a story not just of national, but of historic importance.  What leads young adults into these dark places, where shocking incidents happen that divide their communities?  Answer: obligation-free self-esteem backed up by identity-group affiliation in an environment in which standards of behavior are not clear and are frequently destructive.

Our behavior does have consequences for those with fewer advantages who are more vulnerable.  Our focus on identity-groups does affect our ability to see those in other groups as fully human.  Our emphasis on self-esteem does hinder our ability to see how our self-worth comes with a responsibility to recognize others’.

If you want to know which side to blame in South Kingstown’s juxtaposition of BLM against #MeToo, the answer is us.

You know how ‘we’ have to teach our young people how to act when the cops stop them? It would be nice if we also taught them how to avoid having sex that might backfire. Just a thought.

[…] race theory (CRT).  Added into the mix for some, no doubt, was a racially sensitive teen rape story, in which Markey involved […]