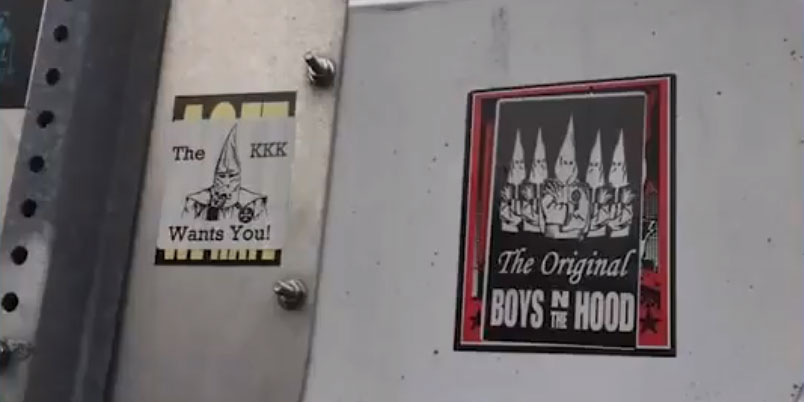 Racism Really Is Infiltrating Our Communities

A statement from local Warren activist Mel Bynum is a bit of a head-scratcher.  G. Wayne Miller of the Providence Journal reports Bynum as saying, “There is no cure for racism — no vaccine — because such hatred, though born of ignorance, is taught.”  Isn’t it when things are not innate — that is, when they are taught — that we can be most optimistic of “a cure”?  That which can be taught can be untaught.  As Bynum, herself, says, “No one is born racist.”

No one is born an “anti-racist,” either.  Parents who’ve had the opportunity to eavesdrop on required college courses about anti-racism and oppression during the COVID era may have come to a surprising conclusion.  The professors are actually teaching racism.  According to these lessons, every person’s race must be observed and catalogued, each variation calling for different behavior.  Moreover, race must be considered central to the interpretation of every statistic and personal outcome.

Throughout Western society and by means of multiple institutions, people are being taught to be racist.

Birkbeck College Politics Professor Eric Kauffman has found a strong correlation between higher education and social media usage and the perception of racial differences in interactions.  “Across several questions, controlling for age, income, education and other factors, social media exposure significantly increased a Black person’s sense that they had been a victim of racial discrimination,” he writes.  Moreover, “college-educated Black Americans are significantly more likely than those without a degree to be offended by so-called microaggressions, like people saying, ‘I don’t notice race.'”

Kauffman finds this effect damaging to the empowerment of Black Americans.  A result this stark demands confirmation by other social scientists, but according to Kauffman, reading a single paragraph from critical race theorist Ta-Nehisi Coates drops Black respondents’ confidence that they can accomplish their plans by fifteen percentage points, from 83% to 68%.

Effects across races can be even more dramatic.  White liberals are much more likely to see “African-Americans… as weak and needing protection.”  Black respondents were pretty evenly split on the question of whether political correctness is “demeaning” versus “necessary.”  White liberals split 62-38 on this question.

This returns the topic to Mel Bynum and the largely white and generally older group of people who joined her to “rally against white supremacist stickers” in their small New England town, as G. Wayne Miller’s headline proclaims.  The spark for their action was “the recent appearance of white supremacist stickers on signs along a main thoroughfare,” as shown in the featured image of this post (screen captured from a clip from WPRI reporter Brittany Schaefer).

In a parody of McCarthy-ite paranoia, Bynum warns against ignoring white supremacists’ efforts “to infiltrate our communities.”  No other signs of infiltration have emerged, other than this handful of stickers.  If they are the extent of the assault, then activists’ characterization of racism as a “pandemic” must be more applicable than they know, implying that it is, in fact, innate among white people and can be triggered by the mere sight of a foolish slogan.

At this point, the default assumption should be that the stickers are a hoax perpetrated to create the opportunity for activism.  The next-most-likely possibility is a prank.  Indeed, across the country, one finds (as a catch-phrase often repeated on Instapundit puts it), the demand for racism far exceeds the supply.

The chilling, threatening assaults tend to go the other way, such as the pig’s head and splattered blood at the private home of a family unfortunate enough to have moved into a house once inhabited by a witness for Derek Chauvin’s defense. 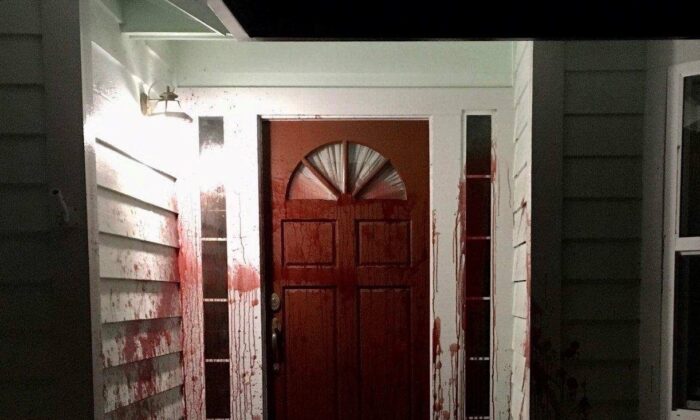 The contrast in actual threat between these incidents is too obvious to miss, as is the source of racial strife in modern America.

The cure for racism is education.  More and more, that means choosing not to teach it in the form of critical race theory.  The problem is that the cure is not tolerable to the fully indoctrinated progressives who’ve built their very identities around the illness.

With the caveat that I don’t believe that there are active, recruiting KKK groups in the state, I don’t see how the stickers can be dismissed as a hoax or a prank as opposed to real racism. Someone is still spreading hate messages, I don’t particularly care if they convince themselves that they have a non-racist motive. It’s Popehat’s Rule of Goats (which I won’t repeat here). The iffiest example I could think of is when people vandalize their own front door, but since this is public property that doesn’t apply.

The thing is, they aren’t even racist messages to spread racist ideas. They’re more like a metal band’s provocative branding stickers. Moreover, there is now a long chain of examples of exactly this sort of thing proving to be a hoax; now it’s just moving off the campus.

I mean think of it: Who stood to gain by the appearance of these stickers? The activists who got some attention and traction opposing the stickers.

I just don’t see how that would make it a hoax. This is either hate speech intended to terrorize (more or less) a neighborhood by making them think hate groups are nearby, or the same thing, but ironically? The result is the same either way. I mean, this can only be one of the following: 1 a committed hate group advertising their message, 2 (most likely) a local edgelord trying to provoke people, or 3 a diseased anti-racist trying to drum up support. But it’s all hate speech regardless, the intent and effect was to terrorize. It’s like the firefighter who set fires himself because he wanted more overtime pay. He’s still an arsonist; having a slightly different goal in mind didn’t retroactively make it a hoax. There is no scenario where no one posted hate messages in Warren, we just don’t know who did it.

In those terms, I’m not inclined to disagree in substance. I’m just defining “hoax” as sort of reflected hate speech… kind of like a cultural Munchausen syndrome… your #3. The white supremacist stickers aren’t really meant to inspire white supremacy; that’s the hoax. They’re meant to inspire anti-racism. I suppose an “edgelord” or plain old prankster would count as a hoax, too, for these purposes.

We can debate vocabulary, if you like, but my point is that the assumption should be that KKK recruitment stickers in Warren, Rhode Island, are not actually an effort of the KKK to recruit, but of somebody feigning that “invasion” for some other purpose. A hoax.

Without a sense of proportion, free expression is easily lost. – Anchor Rising