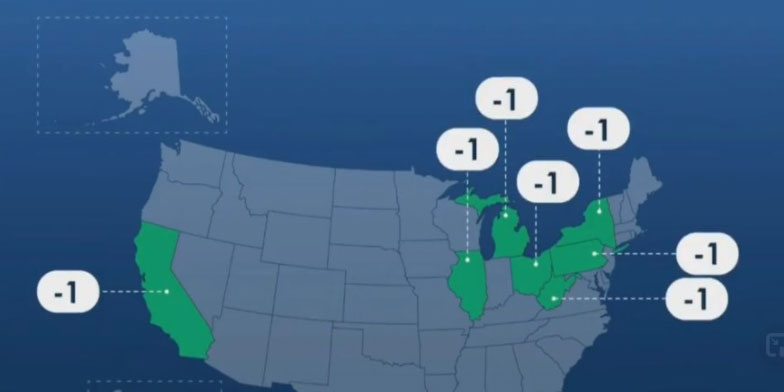 Nail-biting Census results every 10 years should spur action and change.

According to Rhode Island’s Secretary of State, Rhode Island’s campaign-like pursuit of people to fill out the U.S. Census paid off, and Rhode Island will remain doubly represented in the U.S. Congress for another decade.  If my large family’s being caught at home during COVID was decisive in this result, I apologize to the rest of the country.

In general, the process appears to be accomplishing what it should: shifting power where people go, often because those places are being more successful.  As the AP reports on Newsmax:

The reshuffling of the congressional map moved seats from blue states to red ones, giving Republicans a clear, immediate advantage. The party will have complete control of drawing the congressional maps in Texas, Florida and North Carolina — states that are adding four seats.

What amazes me is how little response this actually gets from Rhode Islanders.  We’re now several decades into being the sort of place that is losing influence, rather than gaining it.  It is as if somebody whose car is aging has a near-death experience in the vehicle and, rather than determining to get it fixed, simply tries to patch it together to keep it running.

A decade ago, Rhode Islanders began to take notice of the overwhelming negative scores for RI on national indexes.  The Rhode Island General Assembly and its satellites hosted multiple forums and hearings.  The result?  Rather than figuring out why Rhode Island was doing so poorly, the insiders were merely investigating the mechanics of the measurements so they could game the system.  Problem solved.

At least until the fatal crash hits.

[…] other part of the pattern of domestic migration within the United States to which I alluded yesterday is shown in the featured image of this post, captured via Mary Chastain on Legal […]