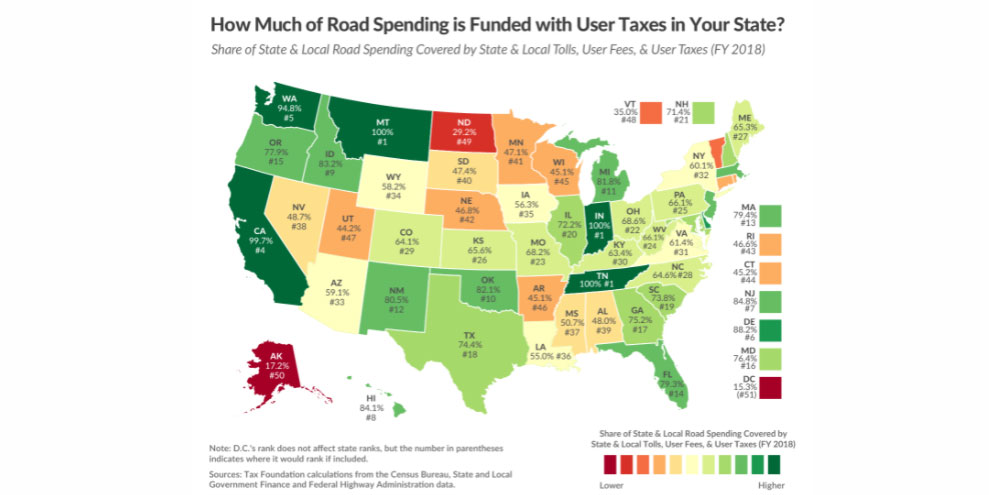 The problem with user fees (for RI) is that direct and comprehensible spending thwarts grift.

How about a fun, wonky post?  The featured image that you see is a Tax Foundation map ranking states by the percentage of their infrastructure spending that is funded by user fees.  In the Tax Foundation’s views, higher user fees are preferable:

Under this philosophy, Rhode Island is seventh worst.

Of course, intrepid progressive Rhode Island politicians like then-governor and now-U.S.-commerce-secretary Gina Raimondo see this as an opportunity.  Around these parts, user fees are the thing government imposes when the tax burden is getting intolerably high, but they still want more money.  Local bags for trash collection are a great example of this.

It’s just a way to make people feel like they’re merely paying for a service when the reality is that they’re already paying for it by other means.