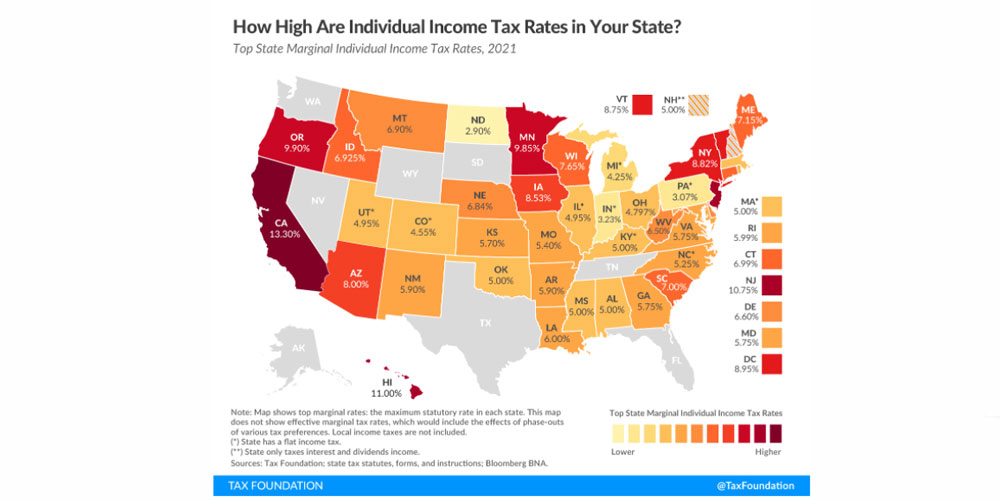 Clarity is the beauty of the income tax: you earned it, and they want to take it.

Yet another giant postcard arrived from Rhode Island’s special-interest labor unions promoting the government’s taking more money from the pockets of Rhode Islanders.  This one is to promote the results of a poll that the group Revenue for Rhode Island apparently paid Fleming and Associates to conduct (although naturally, that point isn’t clear on the card) among a whopping 350 Rhode Islanders.  The question is misleading — vaguely promoting what the money could be used for while twice emphasizing that it would only apply to income above $475,000.

Somebody is spending a whole lot of money to rile up Rhode Islanders to confiscate money away from their fellow residents!  Humorously, among the misleading talking points on the card is that “vocal opponents of this proposal are in the small minority of voters,” which is also true in reverse:  Only a “small minority” is “vocal” in promoting it.

One point that isn’t often enough appreciated is that high incomes are very often not a person’s annual take.  Unless they’re like Neil Steinberg, the CEO of the state’s fingers-are-everywhere nonprofit Rhode Island Foundation, high-earners don’t necessarily make that much year after year. Some are entrepreneurs who live off peanut butter until their companies explode.  Some are just cashing in one-time, long-term play.  Some are like pro athletes or one-hit-wonders, whose careers only last a short while.

Such folks have a great deal of incentive to find other places to build what they’re building or, worse, to decide not to put in the work to earn the money at all — work that generally benefits everybody.

As the Tax Foundation map in the featured image of this post shows, bumping Rhode Island’s top rate to 8.99% would make Rhode Island the sixth highest in the country.  This would be done even though we’re already in the top half for total income tax collections and the thirteenth-most-taxed state, overall.  And it’s not like productive people are clamoring to come here.

People who make that much money are not the most sympathetic group in our victim-driven society, but don’t mistake this money-grab for anything other than what it is:  an effort by greedy insiders who make their own fortunes by using government to take other people’s money at the point of a gun.  An alternative approach would have us all looking for ways we can provide value to each other so all our lives can improve.