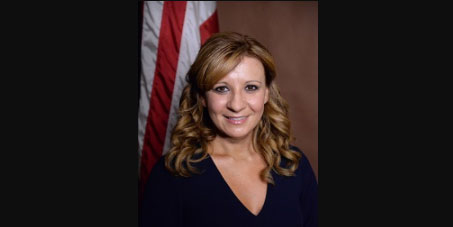 People are noticing that Fenton-Fung has proven a far-left progressive.

The Cranston Herald has published a (shall we say) strongly worded letter by resident Suzanne Downing noting (as I did a few months ago) that Republican state representative Barbara Ann Fenton-Fung is not voting as one would expect a Republican to do:

As a resident of District 15 in Cranston I was happy to support Barbara Ann Fenton-Fung against Nick Mattiello, but I had no idea she would turn out to be Rhode Island’s version of Alexandria Ocasio-Cortez.

Fenton-Fung has supported key Democratic legislation and appears to be a strong ally of Speaker Shekarchi as it is clear that her victory has greatly enhanced his political career. She doesn’t even caucus with her fellow Republicans. …

… Fenton-Fung and the Democrats were all too happy to quickly ram [the Act on Climate] through in the middle of a pandemic no less. She is clearly not a Republican.

It appears that there are two possibilities, at this point.  Either Fenton-Fung has been misleading Rhode Islanders and is (at best) a gun-sympathetic, pro-life Democrat, or she’s cynically voting against her own beliefs for some sort of political, professional, or personal benefit.  Neither is encouraging, or admirable.