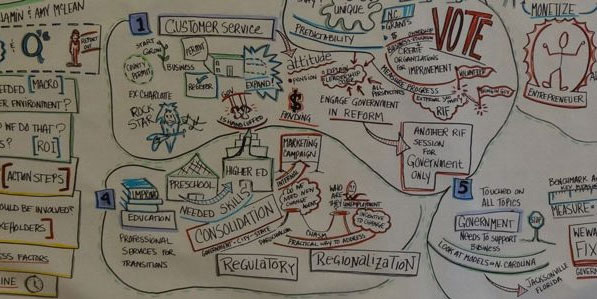 “Participatory budgeting” is another wonky idea to avoid.

“Participatory budgeting” — which the authors link to the Rhode Island Foundation’s non-governmental “Make It Happen” initiative to spend federal stimulus money — belongs on the list of policies that sound good but (intentionally or not) will likely have unhealthy consequences wherever it is tried.  Here’s how they describe it:

… participatory budgeting (PB), which empowers ordinary people to decide how to spend public money. PB takes decisions about funding out of the hands of elected officials and bureaucrats and into communities, where residents brainstorm ideas, develop proposals, deliberate on trade-offs, and then vote to allocate funds. Started in Brazil in 1989, PB has been implemented in more than 7,000 locations around the world.

In the U.S., PB has taken hold in cities like Chicago and New York, where city council members use it for determining how to spend the city budget. The Boston-based Youth Lead the Change gives young people power over distributing $1 million of the city’s capital budget, and, locally, Central Falls High School is giving students the chance to allocate $10,000 to improve their school.

The first two examples are misleading.  In neither Chicago nor New York do the city councils rely on PB to “determin[e] how to spend the city budget.”  In all cases, we’re talking about a small portion of the budget, usually with limited scope.

To understand what this means in practice, spend some time opposing the establishment on your own city or town’s budgeting process.  You’ll see that the practical effect of giving a group of people control over a portion of a government budget is that it turns them into a special interest.

If your group gets $50,000 of the local budget to spend, you too easily become a paid-for advocate for the entire budget, no matter how much waste (or even inappropriate or morally wrong spending) it might contain.  Your tolerance for taxing your fellow residents will also go up.

Take careful notice of the structure of this sort of “participation”:  Your group (or consortium, or Make It Happen Initiative, or whatever you want to call it) is given a block of money to control.  You are not given a say in whether to spend money on other parts of the budget.  That would be real participation (like a classing New England financial town meeting or referendum).

Absent enhanced ability for stakeholders to influence the decision not to spend, participatory budgeting is just another mechanism for subverting fair and representative taxation.

Featured image from the Rhode Island Foundation’s first Make It Happen event, in 2012, in which this author participated.