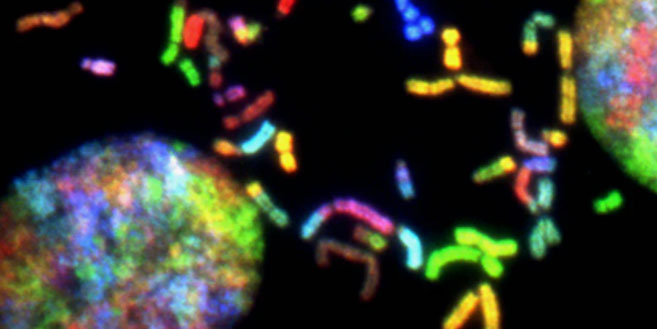 Transgenderism is turning public policy into a mind-bending game

Gail Heriot — a civil rights attorney and law professor — gives a quick summary, over on Instapundit, of the argumentative bind of transgender activists in the Biden Administration trying to force the College of the Ozarks to allow men who identify as women to live in girls’ dorms:

If an anatomical woman who wears dresses can live in the women’s dorm, but a anatomical man who wears dresses can’t live in the women’s dorm, that is indeed sex discrimination, but sex discrimination is permitted in this context. If it weren’t permitted, it wouldn’t just be transgender individuals who could “cross over” to the other dorm. All men (and all women) are being discriminated against when they are not permitted to live in the opposite sex’s dorm. Note that it doesn’t help HUD’s argument to say, “Well, transgender women (anatomical men who identify as women) really are women. At that point, they are arguing that the college is treating two kinds of women differently. But there is no law against discriminating between two different kinds of women; the statute forbids discrimination on the basis of sex.

Of course, those of us who agree with Heriot’s conclusion should also know that our opposition doesn’t see the law and reason in quite the same way we do.  Indeed, I’m only being mildly contentious when I rephrase the progressives’ argumentative theme to be, “You know what I mean… which is subject to change when I see that I want you to think I mean something different.”

Progressives who are well intentioned have in their minds a particular person who genuinely suffers from gender dysphoria and would behave no differently than a young woman who has female genitalia.  (Whether girls who think they’re boys should be excluded from female dorms is an interesting question I have yet to see addressed.)  But things don’t work that simply.

An interlocutor in a recent private Facebook conversation put this in a very helpful context for me, the other day, while we were discussing the new progressive coinage, “birthing people.”  He contended that it was no different than using an alias in programming, where it doesn’t really matter what you call something.  But that isn’t the actual ask that progressives are making.

When I was exiting college, the world was in a frenzy over the Y2K, or Millennium, Bug.  As computers evolved, short-sighted programmers had only used a two-digit code for the year, and that problem pervaded software everywhere, so it wasn’t clear what would happen when the number came to “00.”  With that inspiration, here is a (probably syntactically butchered) sample putting the idea of sex into code:

This is a foundational social code built into just about every program in our civilization, from how people interact to the application of the law to the way in which healthcare is implemented and on and on.  Dealing with people one on one, you can basically hand-code an exception for your coworker, Pat, to use the dataset associated with the opposite sex.  But what progressives are demanding is that we reorient all of our classifications to make, not a basic biological binary, but a malleable self-definition along a subjective spectrum foundational.

Conveniently for them, advocates for this radical manipulation probably won’t ever have to take responsibility for the resulting crash, but it will come.