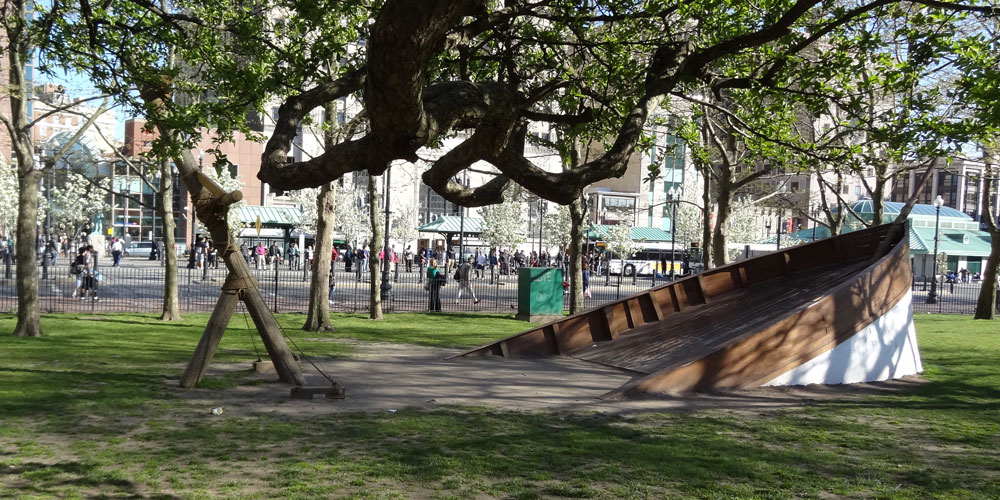 Not only are pension bonds a bad idea in principle, but Rhode Island has a sharp recent case study for reference.  Yet, Dan McGowan reports for the Boston Globe that Providence “Mayor Jorge Elorza’s administration is planning to ask state lawmakers to allow the city to borrow hundreds of millions of dollars through a pension obligation bond,” avoiding a municipal debt cap along the way.

Under the proposal, Providence would borrow $704 million at an interest rate of approximately 4 percent, and pay it back over 25 years. The plan would not require voter approval, according to the mayor. …

Elorza said he has already briefed some legislative leaders and members of the City Council on the plan, which would involve borrowing enough money to bring the pension system from its current 22 percent funded level to above 60 percent funded.

Borrowing to invest, which is what this plan actually is, may be defensible when the debt is short term and one can simply shift the assets to pay down the debt when the calculation shifts.  If you’ve got a home equity line of credit charging 3% interest and your investment portfolio is making 7%, for example, you can quickly sell your assets and pay off the credit as necessary.  But that’s not how bonds work.

Moreover, the pension bond scheme only sounds plausible because governments ignore what pension funds are supposed to be.  The reason bonds typically pay less in interest than investments is that the risk is lower.  The market is pricing them as guaranteed payouts.  Well, pensions should also be priced as guaranteed payouts.  The reason they are not is that if they were, the public would gasp in horror at the amount of debt officials have committed them to.

When a municipality sets its investment return assumptions for pension funds (also known as a “discount rate” in this context), they don’t pick a number their investment advisors honestly think they can definitely hit for 20 or 30 years running; they pick a higher number as a target.  The reason advisors allow governments to set their return assumptions higher than a guaranteed-money rate like a bond is not that governments are really good at picking investments, but that the city, town, or state adds a few percentage points to reflect the fact that it can increase taxes if it has to, so the risk of a bad assumption is lower.

You don’t have to think this is an outright scam to see why it shouldn’t be the basis for hundreds of millions of dollars in new debt.

Making the matter more clear is the fact that Woonsocket tried this very trick to disastrous result in the recent past.  The city was handling its pension on a pay-as-you go basis, meaning it was zero percent funded.  When new accounting rules made this untenable, the city issued a pension obligation bond in 2002 to achieve fully funded status.

For the first five years, the fund made pitiful gains much below its bond interest, and by 2011 it had lost 34% of its value. Based on Woonsocket’s most-recent audit, the fund appears to stand at just 30% funded, now.

Providence’s pension investments might be doing fine right now, but that won’t continue for the duration of a bond, let alone a pension.