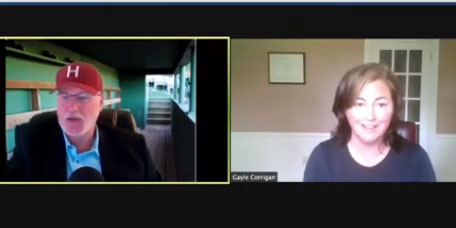 She was the first guest on Mike Stenhouse’s In the Dugout show, yesterday, followed by Andrew Bostom on RI Department of Health, saying that the data suggests Rhode Island should be wide open, right now.

As a little bit of an editorial comment, having spent a few days looking at vaccine data, I do wonder if Mike and Dr. Bostom over-corrected for the one-sided story people are hearing from the state. For example, Dr. Bostom notes that vaccine trials of 2,200-something minors produced five serious adverse events among the vaccinated (0.4%) versus two serious adverse events among those who received a placebo (0.2%) (see presentation here).  It’s important to note, however, that serious adverse events are reported regardless of the cause and they can be things that might be dangerous if not treated, like allergic reactions.  These are obviously important to be aware of while making medical decisions, but it’s important to note.

Also, unless I misheard, they said there haven’t been any pediatric deaths from COVID in Rhode Island.  While it’s possible this is a reference to a study mentioned on a prior episode that I didn’t catch, that isn’t what state COVID data shows.  For reasons of privacy, the state doesn’t report exact numbers when they’re small, but in two ranges under 19 years old, there have been <5 deaths, which would mean that there have been at least two and no more than eight deaths of children.  That would be between one in 2,695 cases and one in 10,782 cases, which is in keeping with the nationwide number of one in 7,502 that I reported earlier.  This compares with a nationwide result so far of one death per 912,047 vaccinated children.

These numbers are important for perspective.  Dr. Bostom described the particulars of two adverse events among young adults (minors and those up to 30) who were vaccinated, but any health problems among the young are disturbing.  You can’t compare a narrative with cold numbers.