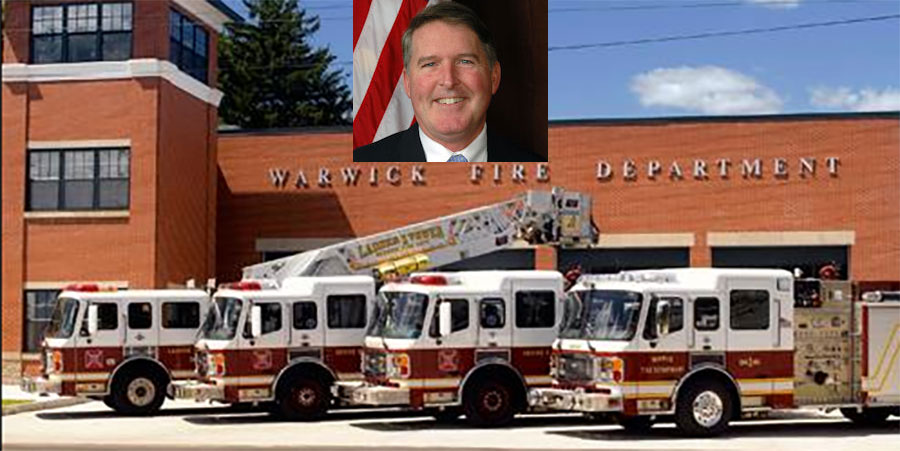 Rep. Edwards did real harm to Rhode Island municipalities and wants to walk away from responsibility.

When Rhode Islanders hear about some government abuse or other — like firefighters alternating time off so that they are always paid overtime when they actually work, thus earning multiple times their salaries even if they only work a standard week — they shake their heads and marvel that things go so badly around here.  Some of us think the insiders are doing it on purpose, for their own gain, and others just think it’s poor judgment and unintended consequences.

In the case of the Warwick firefighters to which I alluded in the prior paragraph, that question is a bit easier to answer, because as Jim Hummel reports in the Providence Journal, it’s explicitly written into state law.  For the purposes of calculating overtime, “‘hours worked’ shall include all paid leave.”  They meant to put this in the law.  It was on purpose.

At the head of the line of “they” is Tiverton Democrat Representative John “Jay” Edwards, the Fourth, who now wants to pretend this has little to do with him, and he isn’t even sure he agrees with it:

… Edwards, a contractor, said this week he does not remember the last sentence about paid leave being inserted in the bill.

“I work in private industry,” said the 14-term representative. “For us, that would be a nonstarter. But if [the firefighters] have been doing it, and it seems to be a past practice, it’s something they’d probably have to negotiate [to eliminate it].”

Oh, that’s convenient.  Pay close attention to his misleading two-step.  The reason this provision of his law has come to the public’s attention now is that Warwick discovered that it couldn’t simply follow the process in the contract for handling “past practices.”  Edwards’s law actually forbids the city from renegotiating this practice.

This is the same thing he did to his own town of Tiverton when he plunged this legislation right in the middle of very positive negotiations with the local firefighter’s union.  As Edwards admitted to the Town Council at the time, the process to change this wasn’t simple negotiation with the town’s employees toward a mutual agreement.  Rather, the local union would have to go to their state union, who would have to decide it was in their interest statewide and go to General Assembly leaders, who would have to conclude their political interests were served and put in a bill, which would have to go to the General Assembly so representatives and senators across the state, as well as the governor, could determine that whether it was in their political interest.  Edwards stacked the deck heavily against cities and towns and the people of Rhode Island.

In fairness to Edwards, he did admit to the Tiverton Town Council, when I was a member of it, that he put in this bill on behalf of legislative leaders.  Still, voters can’t be blamed if they think the people they elect to represent them should actually understand the legislation they put their names on and not pass laws that will harm their communities on behalf of special interests.

Lincoln’s lowering standards for police officers is a trend worth watching. – Anchor Rising

[…] where somebody like Representative John “Jay” Edwards, the Fourth, might come along and decide to do the union’s negotiations on their behalf within state […]