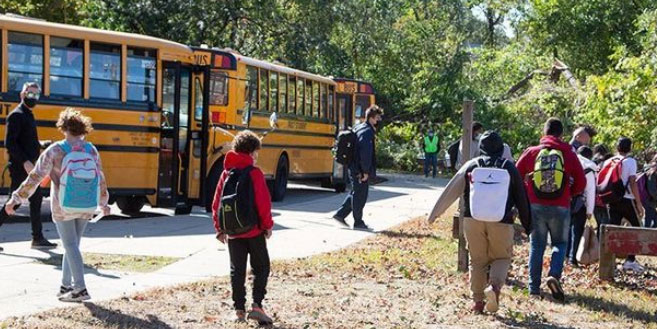 A play for more money in RI education distracts from the real problems.

As, essentially, the chief lobbyist for Rhode Island’s school committees, Timothy Duffy has an obvious angle he’ll take on behalf of his members.  In a recent op-ed in the Providence Journal, for example, he calls for Rhode Islanders to amend our state constitution to make “equal education” a constitutional right.  Readers can get a sense of what would make them “equal” in his eyes:

In the days ahead, school districts will wrestle with learning loss that has come about due to the pandemic. Nowhere will this be more evident than in our urban school systems. Educational inequality already present in Rhode Island has been made worse as a result of COVID-19. A lack of quality instruction, crumbling infrastructure, and massive differences in per-pupil spending was the norm in urban education pre-pandemic. With COVID, this inequality will grow.

Duffy offers no numbers to substantiate his claim, so we can only guess.  According to state data for fiscal year 2020, the state’s biggest district, Providence, spent $19,034 per pupil, which is more than the statewide average of $18,438.  Of the next two-biggest cities, Cranston spent less than average, but Warwick spent more.

If he wants to focus on school buildings, perhaps Mr. Duffy could collect some data showing that Rhode Islanders are not contributing enough.  The problem is that, according to the most-recent Census data, the Ocean State spends the tenth most per student among all states.  Correspondingly, we have the ninth-highest tax burden, according to the Tax Foundation.  The Tax Foundation also finds that Rhode Island’s per-capita state and local debt is seventh highest in the country.

Duffy goes on to note that Massachusetts dramatically increased its spending on education after its Supreme Court declared that the state’s education-funding approach violated students’ rights, but Massachusetts’ per student funding is only a few steps up from Rhode Island, at sixth.  What really happened in Massachusetts is that the state blazed a path of accountability with the introduction of its Massachusetts Comprehensive Assessment System (MCAS).

Rhode Island’s efforts in this regard have been poor.  Whenever our standardized tests start to allow the public to trace performance over time and see the lack of progress, the state changes the test and says the numbers are no longer comparable.

Declaring a constitutional right to education would help only if it were to break the special-interests’ stranglehold on our school systems, and there’s no evidence that is going to happen.  (Just look how Providence, the state, and the union have spent years playing footsie after the national attention of the capital’s pitiful schools a few years ago.)  Instead, it’ll just become another way for those same special interests, including Duffy’s clients, to feed the beast.