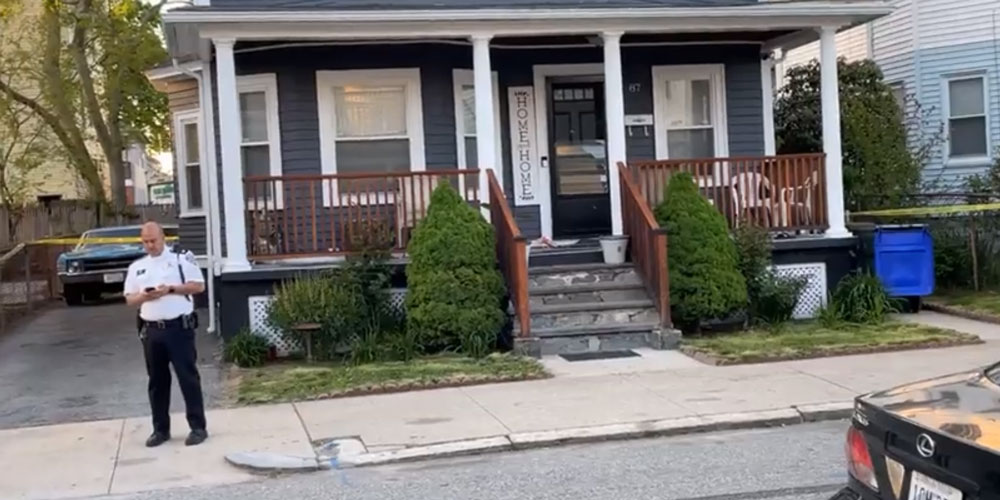 Authorities have released the names of people involved in last Thursday’s gang shootout in Providence — the largest in the city’s “largest mass shooting.”  As Amanda Milkovits reports for the Boston Globe, it’s not as if these were unknown actors suddenly appearing out of nowhere to shove Providence to a new level of urban decay:

Ricardo Cosme Tejada, 20, Jordanny Britto, 20, Reynaldo Rivera, 19, and George Rios, 18, were each charged with three counts of felony assault, three counts of conspiracy, using a firearm while committing a crime of violence, using a pistol without a license, and misdemeanor charge of firing in a compact area. …

A judge set $25,000 surety bail for Tejada, who is being held as a violator of his bail from last month, when state police charged him with possession of a “ghost gun” — a firearm made using a 3-D printer and kits — and having a prohibited weapon.

It looks like Rios may have been arrested at the same time in the earlier incident and charged with “weapons other than a firearm prohibited.”  The month before, it appears that Tejada had a run-in with the Warren police, too, who cited him for “driving with a suspended, revoked or canceled license… after a car struck a wall.”

What about the other injured parties?

David Carides, 23, who lives at the house where the shooting took place; Isaiah Ortiz, 19, of Central Falls; Lauren Feoa, 22, no permanent address; and Edwin Torres, 24, were also injured in the shooting, police said. William Segbeyan, 21, of Cranston, was hit with shattered glass.

The police were familiar with them: Carides was on bail on felony assault charges in North Providence last year; Ortiz was on bail on charges of carrying a stolen firearm and drug dealing in Providence last month; and Torres was on supervised release after pleading to charges in an armed home invasion in Scituate in 2018, using a stolen AR-15 rifle.

The remainder of Milkovits’s article focuses on the weapons, with the acknowledgement that “none of the eight guns seized from the house were legally owned.”  But maybe more attention should be paid to the fact that so many of the participants were already on authorities’ radar.  Just two months ago, activists with the Providence Youth Student Movement were celebrating the fact that the city’s gang list was gone.  Amy Russo of the Providence Journal reported:

During a Wednesday meeting of the Providence External Review Authority, Vice Chairwoman Susan DeRita announced that this year’s list has not been created. DeRita explained that the database that stores names of suspected gang members was unable to generate a list after a change in the criteria for who warrants placement on the list.

On Thursday, DeRita told The Providence Journal that when she asked the Police Department for information about who’s on the list, Police Chief Hugh T. Clements Jr. told her “the database has been made inactive and that they are trying to get a new database up and running with proper software.”

Meanwhile, gang members were being caught with illegal weapons, selling drugs, breaking into homes, and crashing cars with nobody able to connect any dots.  As John DePetro reports, additional recent shootings in Pawtucket and Providence were gang related.

As a side note, four of the nine people whom Milkovits names in her article are registered to vote, all as Democrats.  For a special Rhode Island twist, note that at least one of the four indicted young men was represented by John M. Cicilline (brother of Democrat U.S. Congressman David Cicilline), whom the Rhode Island Supreme Court permitted to resume the practice of law in 2014, after disbarring him in 2008 when he pled guilty to four felonies.  In 2012, Cicilline was also arrested in Bristol on the charge of driving under the influence.