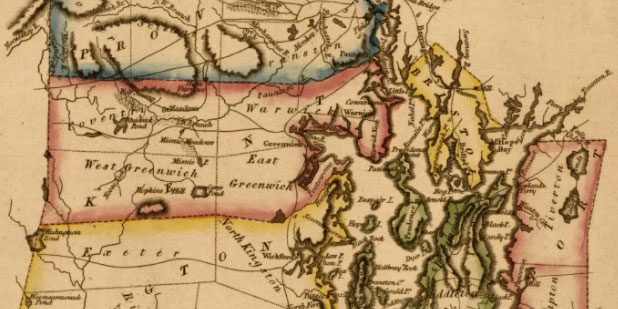 Ken Abrams provides the language of the law on What’s Up Newport:

Whereas, it is a common course practiced amongst English men to buy negroes, to that end they have them for service or slave forever: let it be ordered, no blacke mankind or white being forced by covenant bond, or otherwise, to serve any man or his assighnes longer than ten years or until they come to bee twentie four years of age, if they be taken in under fourteen, from the time of their cominge with the liberties of this Collonie.

However, Abrams also notes the continuing contrasts in the Ocean State.  The area was home to “many abolitionists,” but for a time, slavers based in Rhode Island “controlled between 60 and 90 percent of the American slave trade.”  Time magazine has more details.

This shows how incredibly foolish it is to claim that a group of people as broad as a state (let alone a country) is “systemically racist.”  Who represents “the system” — the people who created the laws or the people who imperfectly enforced them?  Which impulse is definitive, and who should bear the costs?

One of the costs, we should keep in mind, comes with the pain and rancor of even trying to answer these questions.  The wiser move is to acknowledge them, seek to better understand the facts of history, and let that knowledge affect our decisions going forward as individuals and as a community.