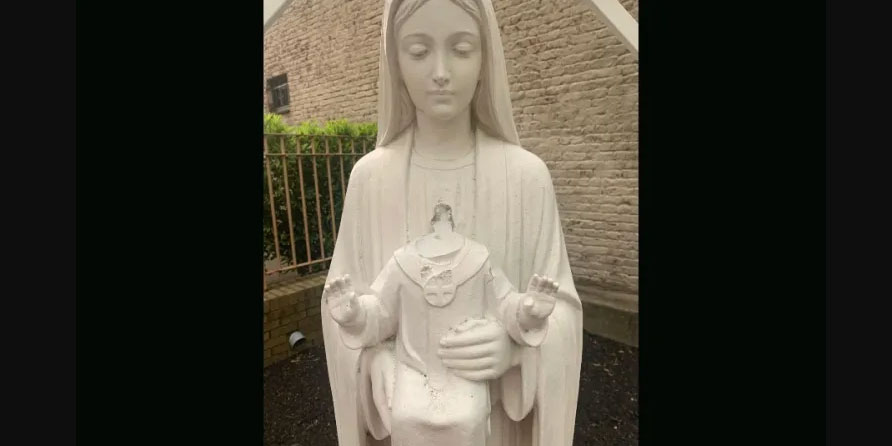 Anti-Catholic vandalism seems to be increasing across the country.

For the growing file of vandalized statues at Christian, especially Catholic, churches, here’s one in Brooklyn:

The Diocese of Brooklyn is requesting increased police presence after two incidents of vandalism in three days at church properties.

Over the weekend, a statue depicting the Blessed Mother holding the infant Jesus was discovered vandalized outside the diocesan administrative offices, with Jesus decapitated. On Friday, a crucifix display outside St. Athanasius parish in Brooklyn was found toppled over, with an American flag outside the rectory burned.

One can’t help but notice that the nature of some of these incidents has a feel almost of assault as much as vandalism.  It’s not simple graffiti or toppled statues, but decapitations and broken fingers.