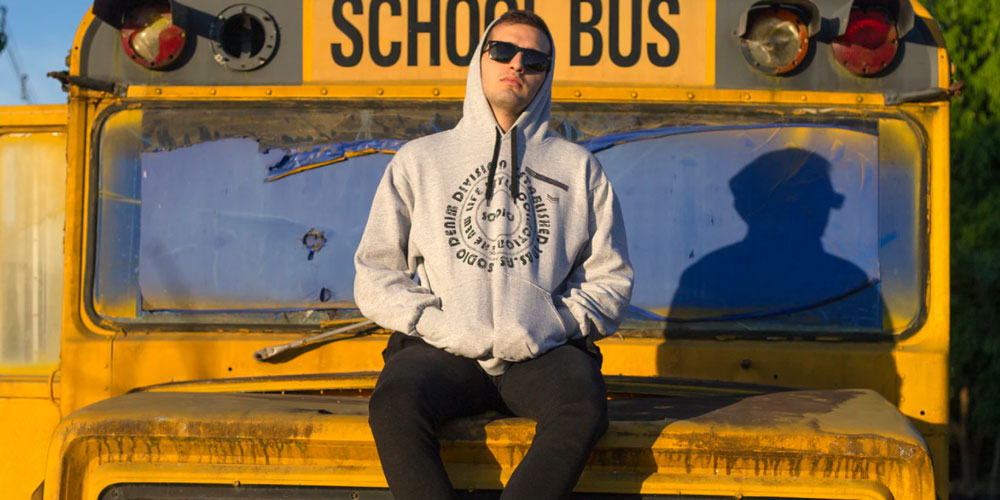 In the ongoing series of stories about the Rhode Island General Assembly seeking to take money from some Rhode Islanders to buy votes from others, Sarah Doiron reported Tuesday for WPRI that legislators have sent a bill to Governor Dan McKee that would permanently put two years of free-to-the-student classes at the Community College of Rhode Island (CCRI) into the law.

Naturally, the state’s insiders seek to position this as something like an entitlement gift meant to help struggling Rhode Island families cover the exploding costs of college.  One needn’t be but so skeptical to think the true motivation is to help cover up the inability of Rhode Island’s school system to answer the basic needs of students.

A new release of nationwide scores on the science portion of the National Assessment of Educational Progress (NAEP) tests (“the Nation’s Report Card”) reminds us to check in on the available data for math and reading for the Ocean State.  The results justify the suspicion that the goal of “free” community college is to fill in gaps that should have been filled through the state’s already expensive public school districts.

Fewer than half of fourth graders are proficient in math or reading, with an overall downward trend, particularly in reading.  (Remember, too, that this was all pre-COVID.) 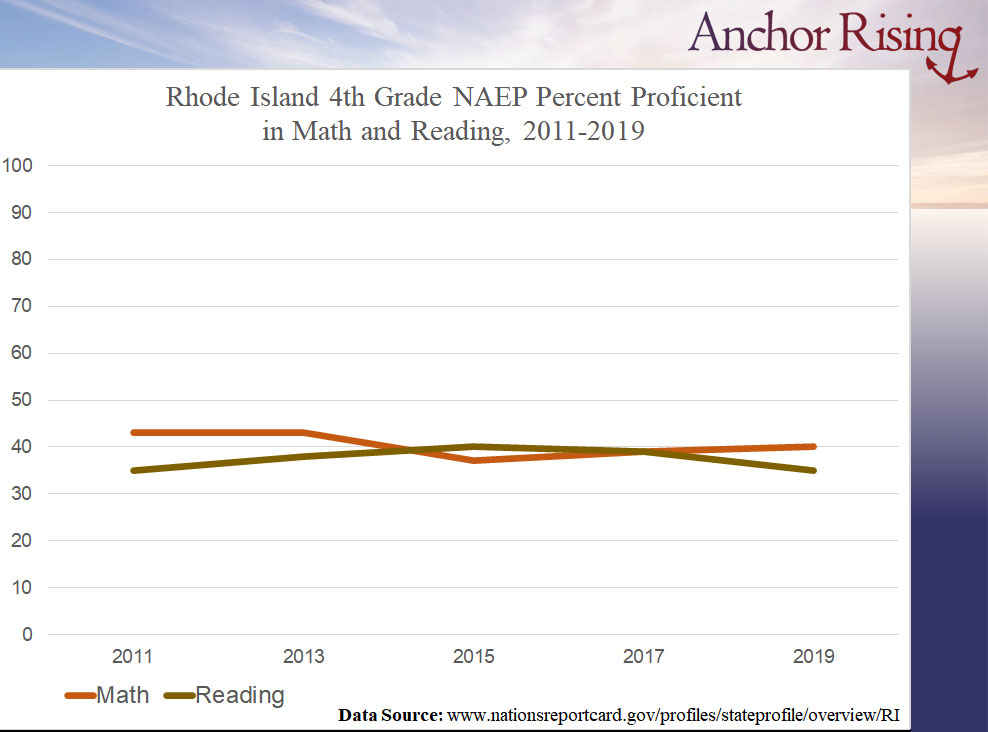 The results are worse in eight grade, particularly in math, with the student body dipping below 30% proficiency. 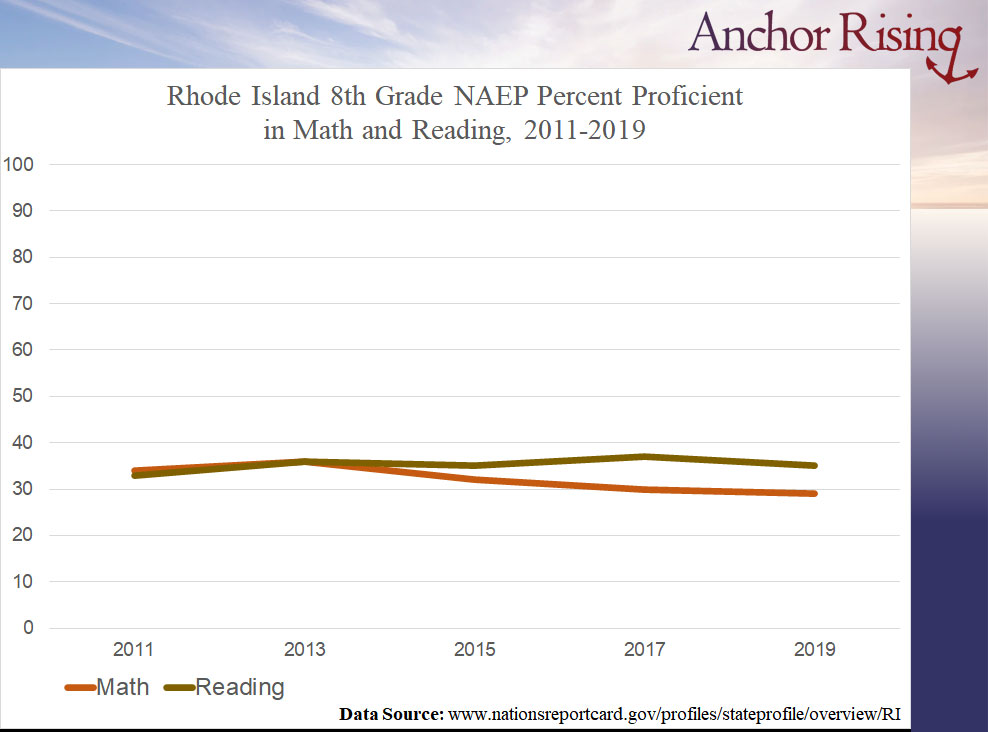 Focusing regionally (where per-student spending is more in line with Rhode Island’s) only makes matters worse.  Rhode Island eighth graders have the lowest proficiency in the entire northeast in math, and in both grades for both subjects, the Ocean State performs substantially worse than the two states that surround us.

Doubling down on the policies (and politics) that have done this to Rhode Island’s children will not turn things around.  It will only buy more time for special interests to avoid the pressure for change.