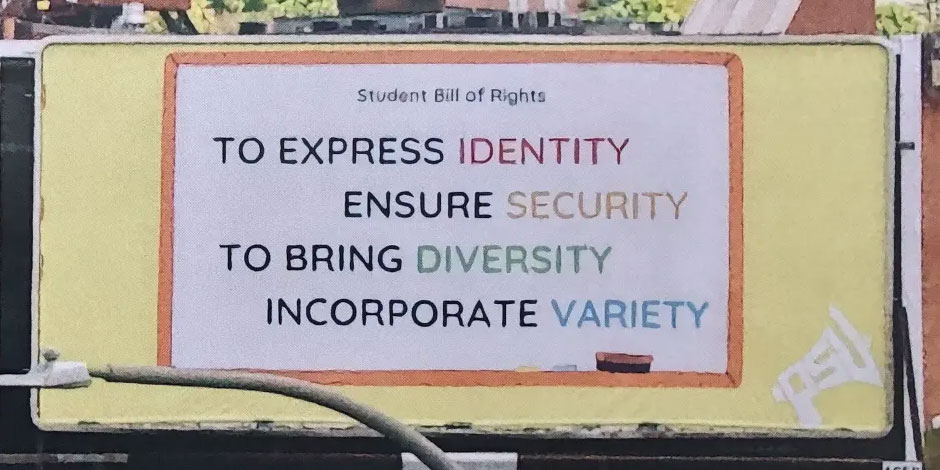 The Providence Student Union “Student’s Bill of Rights” is a righteousness redirect.

The featured image of this post, which is one of several paid ads that the Providence Student Union has placed around Providence, according to Steve Ahlquist on Uprise RI, illustrates how off base the demands of progressive ideology have thrown young activists.  The full list of 23 asserted rights isn’t much better.

Note to students:  Your school system is utterly failing you.  It has nothing to do with the fashionable nostrums of identity politics.  To the extent your school districts are answering a right that you possess, its core is a basic education.  If you’re demanding a Skittles bag of ideological goodies and handouts, it’s just further evidence of how much you are being failed.

Absolutely, things like technology and funds are certain to be part of a quality education, and values like diversity may have their place.  But these students and their supporters should pause and think for a moment.  If they’re not first and foremost demanding that their districts do their primary job, why is that?  Could it be that self-interested special interests (like, oh, say, teachers unions) are manipulating them to redirect their efforts into advocacy that won’t actually force anything important to change?