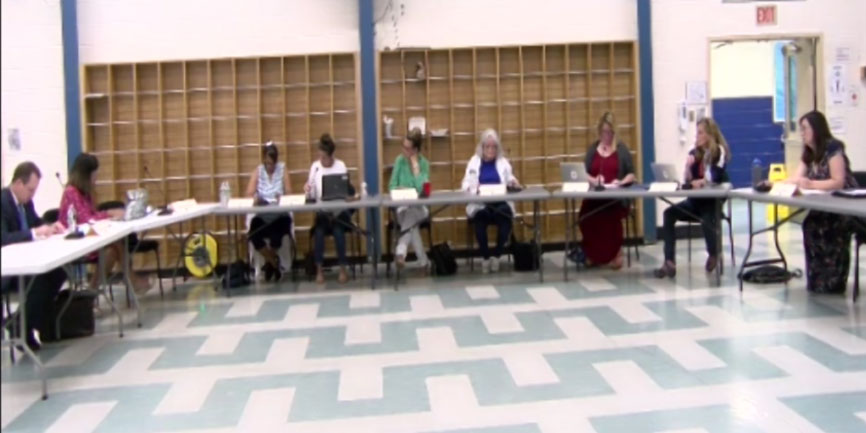 South Kingstown’s School Committee is abusing its position, even if it isn’t suing a local mother.

According to William Jacobson on Legal Insurrection, the South Kingstown School Committee has voted not to sue local mom Nicole Solas, but instead to try to resolve their differences outside of the courts.  In this case, remember, “resolving differences” means providing a taxpayer with information to which she has a legal right.

In these circumstances, it’s always helpful to break down the sequence of events into their objectively true steps:

Along these lines, a few paragraphs from a Providence Journal article that Jacobson quotes are worthy of particular attention:

“They want to cripple” the South Kingstown schools as officials are busy with next year’s budget and pandemic rules, he said.

“Attacking programs that promote respect for individuals of different races and backgrounds in un-American,” said Ryan. Parents Defending Education is “clearly demonstrating what they believe and who they are.”

Ryan’s group is one of several that serve as activists for specific special interests within local government.  Looking only statewide, rather than national, there’s an association for school committees, for superintendents, for principals, for “supervision and curriculum development,” for school business officials, for school counselors, and for technology educators, as well as the League of Cities and Towns.  These organizations may get their funding from multiple places, but some (e.g., superintendents, school committees, cities and towns) charge their member communities thousands of dollars in fees.

The people of South Kingstown are therefore paying the School Superintendents Association to pay Tim Ryan $10,000 per year to slander one of their neighbors.  This is only a small taste of the ways in which these organizations work against the interests of actual Rhode Islanders in support of an oppressive government at the state and local levels.

This is how the picture begins to fill out.  A school committee (that includes a paid activist for a state teachers union) is abusing its position to indoctrinate children, then abusing its power to play open-records games with a resident, and then abusing its resources to attack the people.  The whole system is rotten to its core and is drifting farther and farther from the baseline education of children.