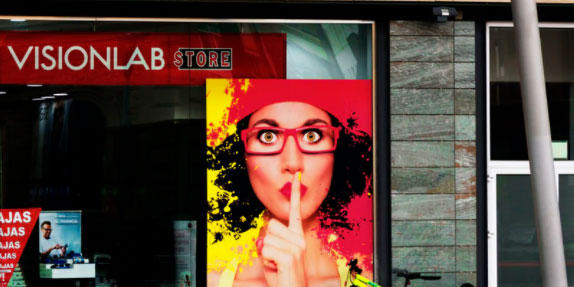 When Journalists Deride Requests for Public Access in Government

Because it got national attention, local journalists are finally getting around to covering Nicole Solas’s school-department APRA adventure in South Kingstown, but their framing says a lot about their attitudes and gives a clue about why the issue probably wouldn’t have received much attention had not alternative media rocketed it up to Fox News.

The narrative to which local journalists are fully committed is that CRT is just what our society needs and that the people taking action because they’re concerned about it are either cynical activists from racist groups looking to disrupt education or gullible QAnonesque hicks, and in either case worthy of contempt.

Start with the headline from Sarah Doiron’s story on Solas’s travails (emphasis added by me): “RI woman’s slew of public records requests ignites debate over anti-racism education.”  The word, “slew,” has its origins in describing a large number of people — that is, a mob — and is a homonym for the past-tense of “slay” (i.e., kill).  The requests “ignited” something, as in arson.  And the topic at hand is “anti-racism,” implying that the arson is in defense of racism.

The article’s opening paragraph tones this incendiary rhetoric down a bit (“sparked” rather than “ignited” and “race-based” rather than “anti-racist”), but the full text isn’t any less telling.  After the factual introduction, Doiron lines up three voices opposed to Solas:

After these three advocates have their say, Doiron quotes state Representative Patricia Morgan for the other side (not noting, for some reason, that she’s a Republican).  Then, finally, in the very last paragraph, the arson of the article’s headline finally gets a short quote advocating to treat students equally rather than based on their skin color.

Later in the day, WPRI posted another related article, this one by Tolly Taylor, that advances Cummiskey’s complaint that seeking information is somehow an assault on schools:

The South Kingstown request is from Solas, who started down the path on her own.  The multiple requests in Westerly are all on a variety of different topics and seem generally to be the interests of individuals.  The two earlier ones are acknowledged to be from Parents Defending Education.

Taylor’s article is notable mainly in the evidence of the narrative it serves, but some of the Twitter reactions are shocking.  Scott MacKay, retired from the Providence Journal and The Public’s Radio, tweeted, “These people are nuts.”  Ethan Shorey, editor of the Valley Breeze, responded to that with, “They’re going to ruin it for the rest of us,” as if transparency is something that government is deigning to provide and can’t be blamed for ending when the hoi polloi catch on to the process.  Rhode Island College professor Tricia Kammerer tops it off with:

Remember when records requests were a good thing? This is like the filibuster, meant to intimidate and make reasonable people feel attacked while putting a halt to progress. So scary.

These are entirely ideological responses to a made-up controversy meant to generate a moral panic to silence anybody whose views are not in keeping with radical progressives.  The state attorney general receives scores of official complaints contending that APRA requests have not been adequately satisfied each year, which suggests that there are hundreds, or even thousands, of requests submitted to state and local agencies.  Moreover, it isn’t at all unusual for state or national groups and academics to file identical or similar requests across the state and even the country as they seek to analyze and report on relevant topics for the public — whether tax policy or cultural matters.

In this case, it is patently obvious that an organized, well-funded, and ideologically driven attempt is being made to fill the schools with these “anti-racist” curricula.  You can phrase that movement in positive ways, as “progress,” but it’s happening.  Yet, in an utter perversion of their mission, journalists take no notice of this coordinated effort marching through the halls of power.

On the other hand, when the People find themselves opposed — or even just uncomfortable with the sense that something is being imposed without their consent or knowledge — and on their own or through organizations try to figure out what’s going on from their unprivileged, relatively powerless position on the outside, mainstream journalists unite with the insiders to cast that effort as suspicious, at the least, and probably darkly evil.

They don’t ask whether the volume of requests indicates that school districts aren’t doing a good enough job letting the public know what’s going on.  They don’t question whether they’ve considered whether an increase in APRA requests might indicate that they need to build public trust.  Given these unasked questions, it isn’t surprising that journalists are not inclined to ask themselves whether part of the problem is that people don’t trust them to provide objective information that might warn the public when the powerful are manipulating institutions to impose their worldview on everybody else.

The conclusion is obvious:  Journalists don’t consider themselves to be in line with citizens or non-governmental interest groups seeking to hold the powerful accountable, even if they may disagree on the underlying political or social issues.  Rather, they consider themselves to be on the same side as the powerful special interests in government — which isn’t surprising, since their most-lucrative career paths increasingly run through government public relations offices, where they can continue presenting the government’s point of view to the public with massive amounts of spin.

[…] just two weeks ago, Stokes was one of the advocates lined up to dismiss concerns that “equity and anti-racism education” in our schools is anything […]