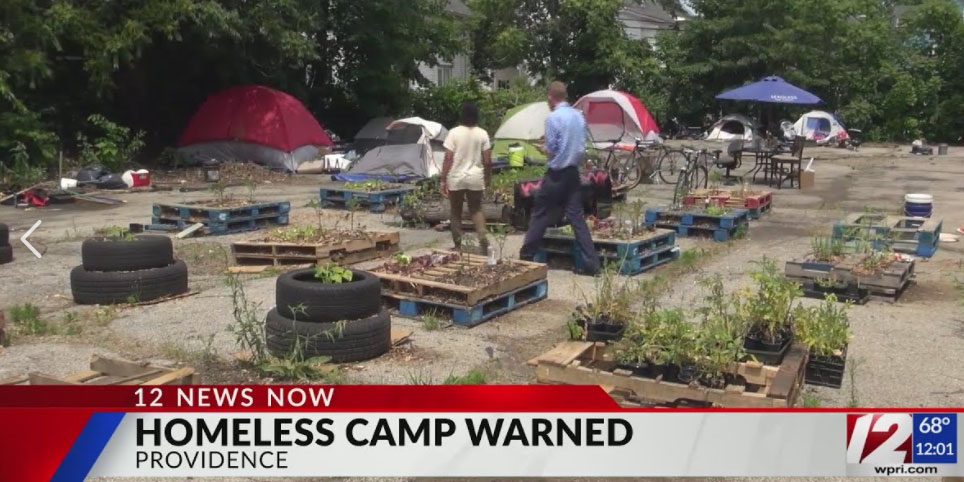 When did America become the Land of Other People’s Money?

Many things are concerning about the homeless encampment in Providence that has been in the news lately and about the way the issue is being framed, but one thread that really sticks out is this, from Brian Amaral’s Boston Globe story:

Councilwoman Mary Kay Harris, who represents the area, said Elorza should call a state of emergency to deal with the lack of housing options.

“This is America,” Harris said. “This is not the way it’s supposed to be.”

Harris noted that President Joe Biden has sent plenty of funding down to the states, which she said should be used for affordable housing in areas where it’s needed. …

“I just hope they do something for those people,” [nearby property owner Heriberto] Luna said. “We’re in America, and I know there’s plenty of money out there. Let’s help these people find somewhere decent they can live.”

What’s striking is the shift in attitude.  My entire life, when one would hear “this is America,” the reference was to freedom and opportunity.  This article feels like evidence of a sea change.

The American story (the American Dream) has always been that residents are free and therefore will find the opportunity to advance in life, ultimately becoming wealthy.  For many people, the American story is now that the country (collectively) is wealthy, so there is a lot of money to be redistributed.

The danger of that perspective is that it ignores the way things work long-term.  The freedom and opportunity generate the wealth, which is the motivation for people to spend their time working and creating things.  The wealth won’t last long when (on one end of the candle) the government takes more and more of it away and (on the other end of the candle) the government reduces the motivation to work in the first place.

A homeless encampment in a working class neighborhood makes it easy to see how the second dynamic has its effect.  As living in the encampment becomes more attractive, it will draw more homeless or near-homeless people to it (witness San Francisco), and as the property values and quality life in the working class neighborhood drop, residents will have less incentive to do the work to get at least that far.

Progressive Mayor Jorge Elorza talks about finding “compassionate” solutions, but he’s creating conditions that are anything but compassionate.  In this case, compassion comes on the social scale.

We need to reinvigorate family structure and social norms that heal psychological problems at their root.  We need an economy that is free and full of opportunity, not weighed down with insider favors and do-gooder regulations.  And we need to stop drawing in people who are likely to need enhanced government services (notably, illegal immigrants), at least until we’ve got everything else in order and systems to acculturate them so that they too can achieve the American Dream… as it has historically been understood.