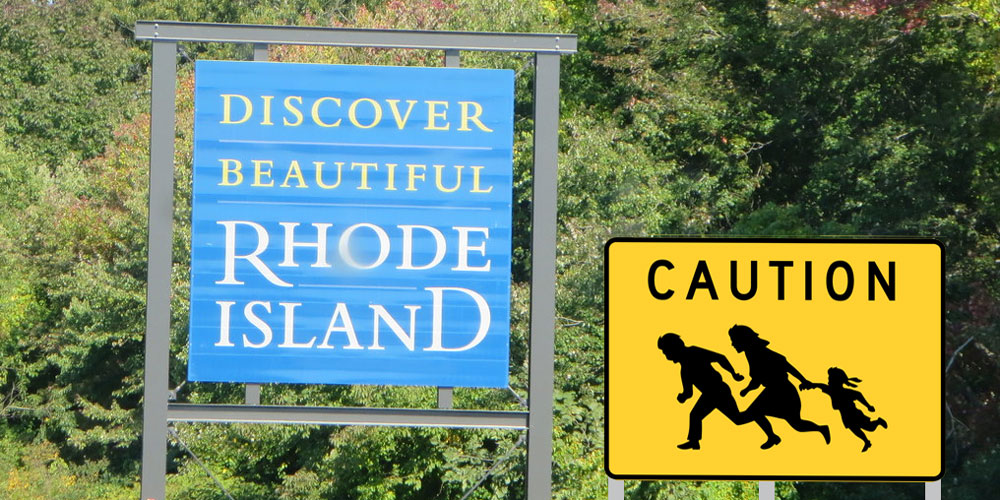 Ciccone’s bill to create driver’s licenses for illegal immigrants has double the incentive to come here.

There is a reasonable case to be made on safety grounds to have people who are in the country illegally take steps to follow some laws, like those around driving vehicles.  If the federal government isn’t doing its job, the argument would go, states have to find ways to address the many problems that arise from that failure.

However, that isn’t the framing of legislation by Democrat state Senator Frank Ciccone (Providence, North Providence), which Dan McGowan reports, in the Boston Globe, expecting to become law.  Far from seeking to reduce the degree to which the policy would draw more illegal immigrants to the state, S0190 amplifies the magnetism.  Not only would the Division of Motor Vehicles have to refuse to provide driver’s license information to any government agent seeking to enforce immigration law unless ordered to do so by a court, but the DMV would have to alert the person quickly:

Upon receiving a request for such records or information, the division shall, no later 16 than three (3) days after such request, notify the individual about whom such information was requested, informing the individual of the request and the identity of the agency that made the request.

Three days isn’t much time, raising the question of whether an official mailing would be adequate or phone calls, emails, or visits would be necessary.  It also isn’t clear how specific the inquiries and notifications have to be. If U.S. Immigration and Customs Enforcement (ICE) contacts the RI DMV asking for the names of all people with these licenses in a particular neighborhood, would the DMV have to notify all of them that their neighborhood is in the federal spotlight?

The possibility of driving without fear of being deported after a traffic stop is obviously attractive to illegal immigrants who might be considering Rhode Island as a destination.  This sort of provision turns our state government into a sort of early-alert system for those immigrants to evade the feds.

Post script — Another provision that seeks to allay the fears of illegal immigrants is arguably worse, although it’s almost certainly a typo that will be fixed along the way:  The alternative ID “shall not be used as a basis for a criminal investigation, arrest or detention in circumstances where a person with a regular driver’s license that was not issued under this section would be criminally investigated, arrested or detained.” As written, in circumstances where a citizen with a regular driver’s license would be investigated, arrested, or detained, an illegal immigrant could not be.  Let’s hope that’s a mistake!