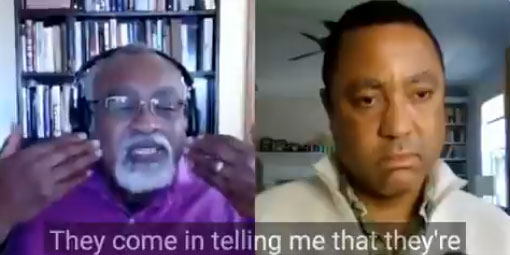 Brown University Professor Glenn Loury is a Rhode Island treasure who ought to be much more prominent in these parts.

Here he is plainly stating a purpose for higher education that used to enjoy broad (near-universal) agreement, as quoted by Katie Pavlich on Townhall:

“To teach people they are [their skin color], is criminal in my opinion, okay? We are to challenge them. They come in telling me that they are this or they are genitalia. That’s how they get to me at 18-years-old. They think they are these things. They haven’t read anything. They haven’t been anywhere. They haven’t done anything. I’m a teacher. My job is not to reaffirm them and their preconceptions. It’s to challenge them to outgrow them, their preconceptions,” Loury said. “We are entrusted to shepherd young minds into their maturity and to jump on a bandwagon and to fill their heads with slogans rather than challenging them with the best that human beings of any color have thought through the ages is a criminal abdication.” …

“The presumption that someone who happens to be brown should be exempted from the expectation of performance, patted on the head, rather than guided to the challenge, is racism!” Loury said. “So you want to bandy about the label racism, well then let’s get serious about who are the actual racists here. Very few of them are wearing pointy hats and holding bonfires. Most of them, many of them are on the Left.”

The quote was from a conversation with another voice-for-truth professor, Columbia’s John McWhorter:

The teaching of identity politics in American higher education is a criminal abdication of our pedagogic responsibilities, says this Ivy League prof. pic.twitter.com/Zi65wfQXeh