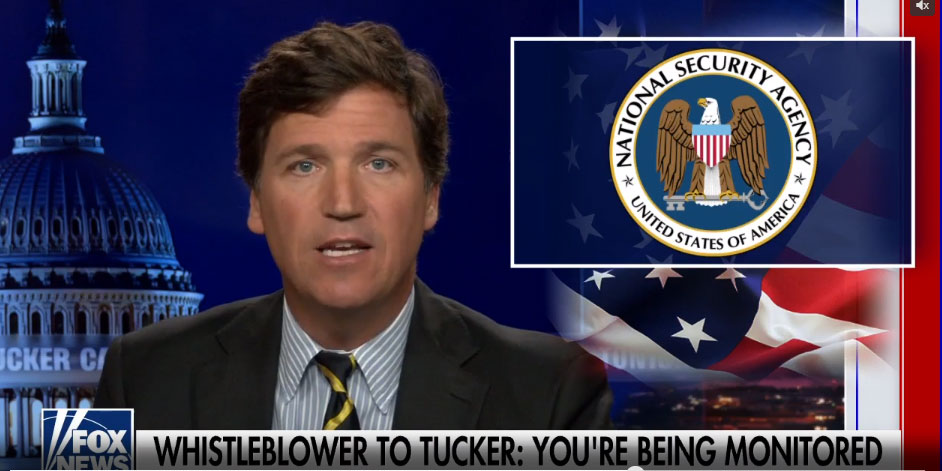 Feds’ spying on Tucker Carlson should make us glad RI has no spy apparatus.

It should also make us value federalism more.  Moving power away from local hands and toward a central government that necessarily has spies and a military is a terrible idea.  The petty tyrants of your local government may be annoying and difficult to challenge, but they’re still easier to deal with than a tyrannical D.C.

Tucker Carlson notes that the War on Terror has pivoted away from foreign enemies to Americans.  Joe Biden insists that “white supremacists” are the number one threat to the nation without, as Tucker notes, providing any information about the who or how.  And the National Security Agency (NSA) is apparently spying on Tucker and his producers, in order to find a way to knock his extremely popular show off the air.

This should obviously be one of the top stories of the week, if not longer, but it probably won’t be.  Expect to see most news organizations ignore it.  Even state and local outlets make a point of helping to tow the line when a story progressive narrative is in the news, and they’ll make a point of ignoring this one.  Also expect to see social media doing its snarky-dismissal thing.

Perhaps the aspect of the story I find to be the saddest statement is that I’m actually encouraged simply to hear that there was a whistleblower with the integrity to alert Tucker.  It’s been discouraging to have to wonder how egregious abuses would have to get before people inside government decided it was time to take the side of Americans.