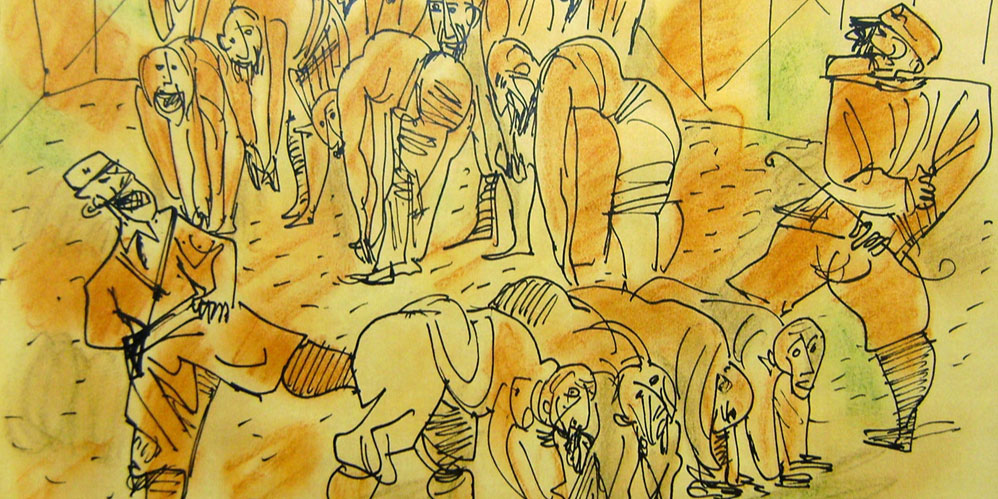 The Cheap and Dangerous Scam of Stigmatizing “Whiteness”

Readers of Anchor Rising may very well have come across the abstract of a supposedly scholarly article in the Journal of the American Psychoanalitic Association by Donald Moss, “On Having Whiteness.”  If you haven’t already, read the whole thing carefully:

Whiteness is a condition one first acquires and then one has-a malignant, parasitic-like condition to which “white” people have a particular susceptibility. The condition is foundational, generating characteristic ways of being in one’s body, in one’s mind, and in one’s world. Parasitic Whiteness renders its hosts’ appetites voracious, insatiable, and perverse. These deformed appetites particularly target nonwhite peoples. Once established, these appetites are nearly impossible to eliminate. Effective treatment consists of a combination of psychic and social-historical interventions. Such interventions can reasonably aim only to reshape Whiteness’s infiltrated appetites-to reduce their intensity, redistribute their aims, and occasionally turn those aims toward the work of reparation. When remembered and represented, the ravages wreaked by the chronic condition can function either as warning (“never again”) or as temptation (“great again”). Memorialization alone, therefore, is no guarantee against regression. There is not yet a permanent cure.

Moss’s thinking brings two items to mind.  First is the the vote of the American Psychiatric Association (APA) to remove homosexuality from the Diagnostic and Statistical Manual of Mental Disorders (DSM) back in the ’70s.  Second is the time I was only mildly chastised for giving a classmate the middle finger in fourth grade.

We needn’t have universal agreement about sexuality to recognize how the APA’s edit to the DSM leveraged credentialed expertise to redefine normality in our society.  Likewise, we needn’t agree on critical race theory to recognize that Moss is part of a movement to run the same maneuver in reverse, in order to stigmatize a group of people rather than to liberate them.

On the second memory, the reason my fourth grade chastisement was only mild was that I deployed the immature technique of disguising intent under intellectualization:  “What?  It’s only a finger!”  Well, yes, but the gesture of sticking it up in front of somebody else has meaning, and I very well knew what that meaning was.

In this case, Moss knows very well what he is doing, as proven by his reference to “great again.”  At the very least, that echo of President Trump’s signature campaign slogan illustrates how Moss is psychologizing something that belongs in a separate academic department: political science.

The National Institutes of Health helpfully provides an automated nudge toward an expanded point by recommending another abstract under “similar articles.”  This one, by Brett Russell Coleman, Charles Collins, and Courtney Bonam is titled “Interrogating Whiteness in Community Research and Action.”  Read this one carefully, too, but I’ve emphasized the part that’s most relevant to my point:

This “community psychology” practice is not just concerned with “social justice,” in the sense of furthering academic understanding; its practitioners are intent on honing its ability to promote “social justice.”  Now, I don’t know if “On Having Whiteness” is in the category of “community psychology,” but the essay certainly embodies its spirit and advances its aims.  Therefore, Moss exposes the scheme.

By stigmatizing “whiteness,” which is largely associated with White people (while leaving openings into which social justice warriors can shove anybody who might disagree with them, regardless of race), Moss is building tools for “community psychology” to push its ideological agenda.

While such papers are circulating in academic disciplines and on a government website, the Biden administration, including law enforcement and military agencies, is insisting (despite all evidence) that white supremacy represents the greatest terrorist threat to the country.  One suspects that, like wise fascists, they are only awaiting some pretense to make the final declaration that “whiteness” is outside the scope of normalcy and requires some sort of final solution, even if it has no permanent cure.

We should not be tricked into pretending this movement is something other than what it is and that something far more dangerous than a finger isn’t raised in the air against us.