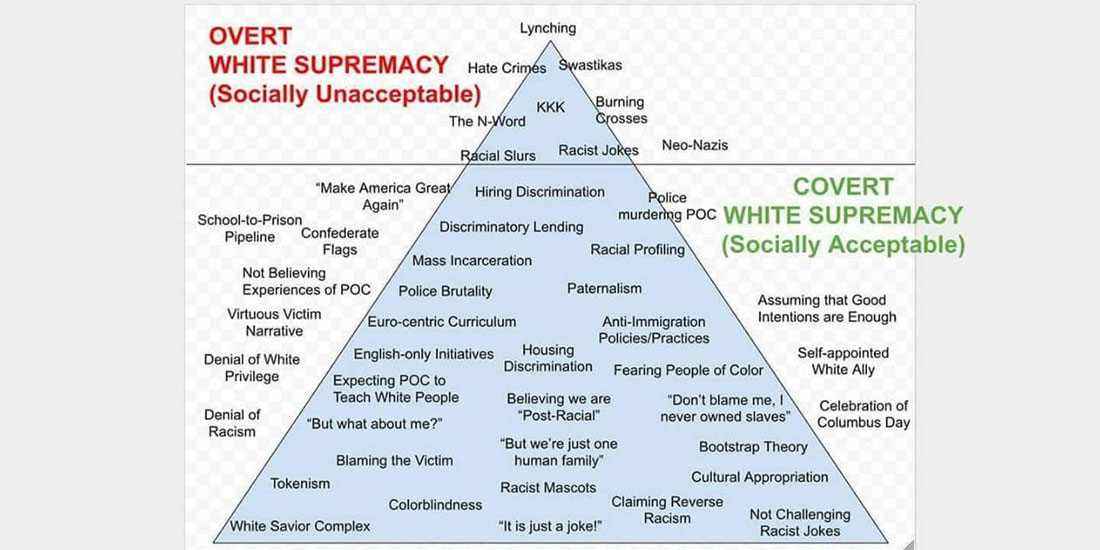 Here are some pointers to unspin critical race theory framing.

Given the unintended theme of the posts on Anchor Rising, today, it seems like a good day to direct readers’ attention to a post on PJ Media by Bryan Preston, with the summary title, “Leaked Docs: Critical Race Theory Seeks to Undermine Equality and the Constitutional Order.”

Preston posts screen grabs from a mandatory presentation for Iowa school teachers, and the headline’s validity is proven by a slide quoting from Critical Race Theory: An Introduction, by Richard Delgado and Jean Stefancic:

The critical race theory (CRT) movement is a collection of activists and scholars engaged in studying and transforming the relationship among race, racism, and power. The movement considers many of the same issues that conventional civil rights and ethnic studies discourses take up but places them in a broader perspective that includes economics, history, setting, group and self-interest, and emotions and the unconscious. Unlike traditional civil rights discourse, which stresses incrementalism and step-by-step progress, critical race theory questions the very foundations of the liberal order, including equality theory, legal reasoning, Enlightenment rationalism, and neutral principles of constitutional law.

It’s helpful to rephrase that to understand what the alternative that CRT rejects is:  incremental progress that respects and maintains our traditional liberal order, notions of equality, legal reasoning, rationalism, and the neutral application of the law.  Frankly, I vote for that approach.

Preston embeds various bits of information and reactions from others, with the theme that CRT is fundamentally a political weapon to indoctrinate children out from under their conservative parents.  The chart used for the featured image of this post is telling.  Take particular note that the chart isn’t of racism, but of “white supremacy,” therefore by definition excluding anti-white racism, in line with college activists insistence that “racial slurs” against white people are not hate speech.