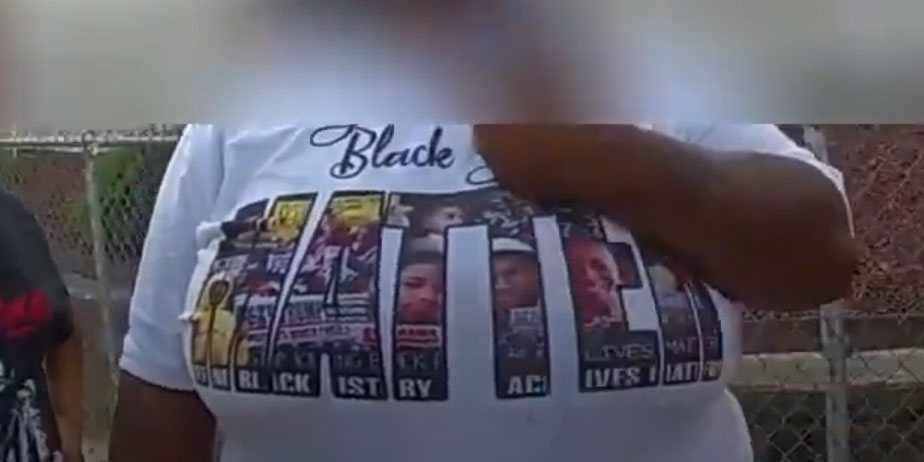 The framing continues on the Sayles Street incident.

The rally was organized by Black Lives Matter RI PAC following Tuesday’s incident on Sayles Street. Providence police are reviewing the police response to what they described as a neighborhood dispute between a crowd of people. Residents said pepper spray was used on the crowd, which they claim included children as young as a year old, while some people were forcibly arrested and shoved in the back of police cruisers.

Umm… how does Gomersall think arrests happen in contentious, crowd-control incidents?  This sort of sentence would be more appropriate in a story wherein police violently broke up a peaceful protest.  Of course, that’s the ever-framing of mainstream journalists, these days.  Progressives and their protected groups are always peaceful victims, even when they’re violent perpetrators.

One marker that this is all political theater is what BLM RI PAC leader Harrison Tuttle claims to want:

A small crowd gathered outside the Providence Public Safety Complex on Saturday afternoon, once again, calling on the city to end funding for the Providence Police Department.

Surveys tend to show that residents of these areas want more police, not fewer.  Indeed, nobody seems to be mentioning that somebody called the police.  They weren’t storm-trooping around the city looking for peaceful family gatherings of people of color to disrupt; this family feud is affecting the entire area, and calling the police is how citizens look for law and order, rather than expanding the feud by getting personally involved.

As for Tuttle’s solutions, they’re all patent nonsense.  Healthcare?  These are young, healthy people (albeit often obese).  Shelter?  The controversy is between neighbors who live in houses.  As for education, that would certainly help, but money isn’t the answer.  Where is BLM RI PAC demanding that the teachers union and education commissioner stop playing negotiation footsie and start fixing problems?

Local media might profitably trace the money back from these activists, as well as the ideological sympathies of their colleagues.  Observe the steps by which this story has developed:

The mayor complains that some of the officers didn’t do enough to deescalate the situation.  Perhaps he should point that finger at himself, the activists, and the news media.

Look carefully in the featured image of this post at the t-shirt worn by a woman who was key to keeping tensions high that night on Sayles Street.  As part of this progressive movement, Elorza is creating an ongoing environment that is almost impossible to deescalate on the scene at boiling points.