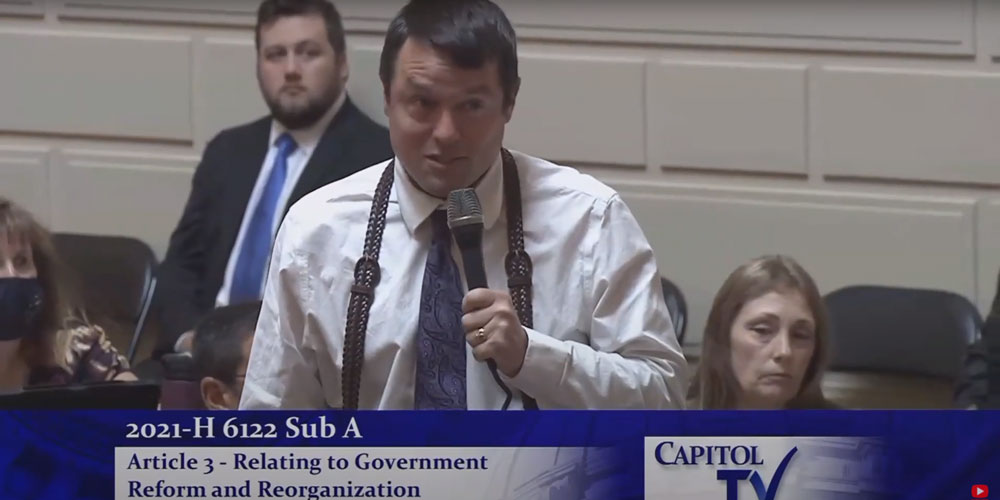 General Assembly all but requiring extended emergency declaration is so emblematic.

Writing on his Facebook page, Republican state Representative Brian Newberry explains how it is that the General Assembly teed up Governor Dan McKee to continue Rhode Island’s state of emergency despite there being no state of emergency:

For those who have noticed Governor McKee has once again extended the “state of emergency” another 30 days despite there being no “emergency”. More to the point, the budget just passed by the General Assembly was designed specifically to end the state of emergency and curtail the Governor’s powers in that regard. If you have any doubts watch this short video.

So how is it that the Governor has once again extended it? Well, according to a relatively civil and intelligent discussion on Twitter (a rare thing to be sure but not as uncommon as a unicorn) it is because the Assembly passed a floor amendment to the budget that specifically extended 9 executive orders until September and apparently, as written, those EO’s would not be legally effective without a state of emergency being in place. So a last minute floor amendment by leadership effectively undid the whole purpose of Article 3 of the budget which was to curtail the Governor’s powers.

More to the point, if you watch the short video in the first comment you will see how this amendment was rushed through without any chance for the members to even understand what we were voting on. This is your government at work.

Note that the legislature could very easily have extended the effect of these orders without extending the requirement for a declared state of emergency.

Here’s the video Newberry references.  It make me think of when I started watching legislation closely and was struck by how big changes slipped through the process as if they were inconsequential.  “Oh, this is just” is a deadly phrase.  In some cases, I would start with the big effect, asking how it happened, and trace it back to an amendment made in a committee in such a way that you could almost miss its having happened even while looking for it.