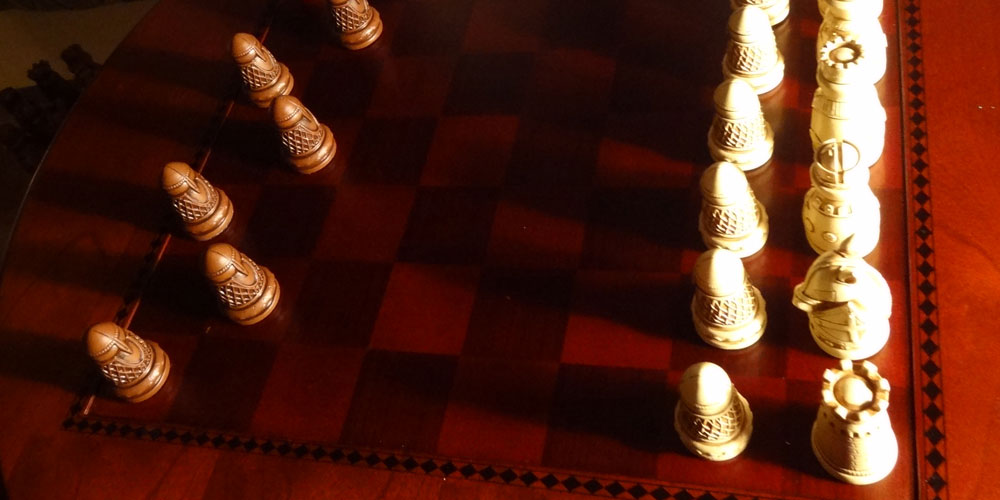 The strange thing about Tyler O’Neil’s PJ Media essay, “Buckle Up, Democrats: The Left’s Demoralizing Attacks on Conservatives May Reap the Whirlwind,” is that he lays out very well why many conservatives are concluding that their country cannot be fixed through the democratic means designed to fix it:

To recap, Trump supporters saw an entrenched bureaucracy subvert Trump’s administration from day 1, with the support of an extremely hostile legacy media. They saw the media demonize conservatives at every turn, from Brett Kavanaugh to Nick Sandmann to Amy Coney Barrett. They saw Democrats and the media wink at political violence during the Black Lives Matter and antifa riots last year.

Then, in the 2020 election, they saw the Democrat-media complex collude to pull the levers behind the scenes by changing election rules and funneling money into blue areas. They saw Big Tech and the legacy media work overtime to bury the legitimate Hunter Biden story, and they saw Big Tech work to silence all questions about the legitimacy of mail-in voting.

Yet, despite the many paragraphs of points that O’Neil is recapping in the above blockquote, he insists that the aforementioned conservatives are wrong and offers the requisite condemnations of the storming of the Capitol without providing any explanation of what makes him come to different conclusions.  My view, for context, is actually pretty close to O’Neil’s, with the notable difference that I think the condemnations should be much narrower.  As I wrote on January 12, the storming was a genuinely historical event in that it isn’t a single story, even as applied to relatively large segments of the crowd.  Watching all the videos, the story presents as a struggle between those trying to manage the crowd and those trying to stoke it toward greater violence.

The overall story is in some ways a measure of where these two forces balanced out, and it’s easy to forget that in order to manage a crowd, you have to be there.

The people deliberately working up the crowd at tense moments inside and immediately around the building should be condemned, as should those who broke windows and doors, but O’Neil seems to draw the condemnation line along the police barriers around the building.

The placement of that line is important, because O’Neil’s purpose for writing (as his headline indicates) is to warn the Left that it’s creating a dangerous situation by drawing its own condemnation line much, much more broadly — as in around their progressive bubbles.  Perhaps that is why he pulls back from affirming conservatives’ suspicions:

If this relentless assault on conservative values does not stop, it will awaken a sleeping giant. I fervently pray that the backlash will take place at school board meetings, city council meetings, and the ballot box, rather than in acts of political violence like the Capitol riot. My fellow conservatives cannot afford to prove the Left’s heinous lies about our “extremism” correct. No, we have to win by following the rules of the game — but I sincerely fear that the Left is doing everything it can to pound us down until we do something we cannot take back.

If you want your allies to follow the rules of the game, then you can’t join them in arguing that the game is no longer working and the rules only apply to one team.  If they’re right, what then?  If they’re right, maybe you start doing things like demanding that the Vice President bend the electoral rules to counter the rule-bending of the other side.  Maybe you forcibly enter a public building that shouldn’t have been closed to the public in the first place.

In these terms, O’Neil’s essay reads like a plea to the mainstream Left not to prove him wrong among his peers.  Me, I’m not sure he isn’t wrong.

Sifting through my various news feeds last night and this morning, it struck me that, measured by national media mentions, South Kingstown mom Nicole Solas is among the most prominent Rhode Islanders at the moment.  Yet, when I skimmed this week’s Nesi’s Notes on WPRI this morning, her name does not appear.

Ted Nesi’s roundup of political tidbits is as mainstream as mainstream gets in the Ocean State and is perhaps the most comprehensive log of the activities of people of any significance to the RI political scene.  By the rules of the game, Solas should definitely rate a mention, yet a ctrl-F search of every Nesi’s Notes column back through April produces not a single hit.

In the scheme of things this is not a big deal, but it shows that we conservatives no longer count.  Something has changed.  Rungs have been removed from the ladder.  Many in the mainstream have given themselves permission not to care about us or help us defend our rights.  We’re beyond their condemnation line.

The South Kingstown school department hired a public relations firm to help it deal with Solas, involving smears of her in the news media, and who broke the story about what PR firm it was?  Solas, herself.  This morning on Facebook.

To be sure, backlash in South Kingstown has produced some accountability in leadership, but it is not yet clear that anything substantive will change.  Insider thumbs remain on the scale, many of them with ideological paint on their nails, and the imbalance may prevent a true correction.  Indeed, that assumption is built into O’Neil’s fear.  Notice that even in the language of cautious conservatives, no matter how much pounding it does, the Left can never do anything it “cannot take back.”  Where are the consequences for them, and how will they be enforced?

If O’Neil needs more-convincing evidence that the rules don’t work, I don’t know what he could find.