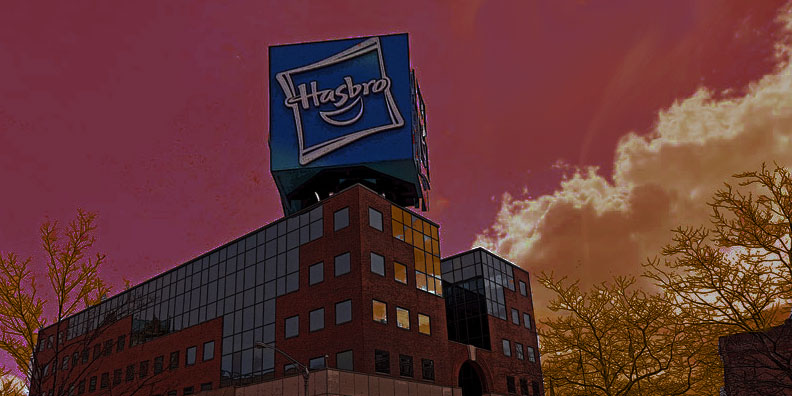 At this point, just assume that every company and organization is out to indoctrinate your children.

In recent years, one worrisome question as political stories have unfolded has been:  Where are the whistleblowers?

James O’Keefe has found another one for Project Veritas.  David Johnson is a packaging contractor with Rhode Island–based toy company Hasbro, who is also a Black man, and couldn’t watch the company go down the path of using packaging to manipulate children toward critical race theory (CRT) without saying something.

As encouraging as the emergence of another whistleblower may be, we have to be aware of how the debate is framed, because progressive manipulation of language can back us into unexpected corners.  Consider this:

Katie Ishizuka, one of the “Conscious Kids” co-founders that trained Hasbro employees, was recorded explaining how young children are prone to racist behavior.

“By three to six months, babies are beginning to notice and already express preference by race,” Ishizuka said.

“[Babies] as young as two are already using race to reason about people’s behaviors. We may see this play out in daycare or on the playground — and how kids are starting to choose or exclude playmates and friends,” she said.

“It’s absurd to just state as fact that at two years old, children are going to be racist and using race to reason about who they’re going to play with,” Johnson said to O’Keefe in response to the recording.

Note that Johnson’s objection is to Ishizuka’s assessment of toddlers’ race consciousness, not to the toy company’s assumption that it should be using its influence to indoctrinate children as an end-run around their parents.

Most of us will agree that reducing racism and bigotry is an important goal, but the fight over critical race theory (CRT) shows that agreeing to that goal can be corrupted into assent to teaching bigotry of a different kind.  Moreover, wokeness isn’t limited to race.

Some years back, my daughters somehow wound up with a toy guitar branded with characters from the movie, Frozen.  On the guitar, the two female lead characters gaze lovingly into each other’s eyes.  Anyone who knows the story knows they’re sisters, but the gaze was decidedly not sisterly, suggesting the goal may have been to imprint onto children’s mind the idea of women looking at each other in that way.  Take a short spin through television shows and magazines targeted at teens and tweens, and you’ll see active promotion of alternative sexual behavior.  On a recent visit to a children’s hospital, I noticed the plexiglass along the check-in counter decorated with “pride” flags representing a dozen different sexual preferences (from asexual to pansexual).  Whatever one’s views on the matter, it should be possible to see how questionably aggressive that is in such a place.

Worse, however, is that the ideological fashion of today will not be the ideological fashion of tomorrow.  Discarding boundaries that help us live together while respecting our genuine diversity is a bigger decision than promoting any one cause.  We used to understand that, back when we were a liberal society.  Now that we’re becoming progressive, boundaries and rules are collapsing.