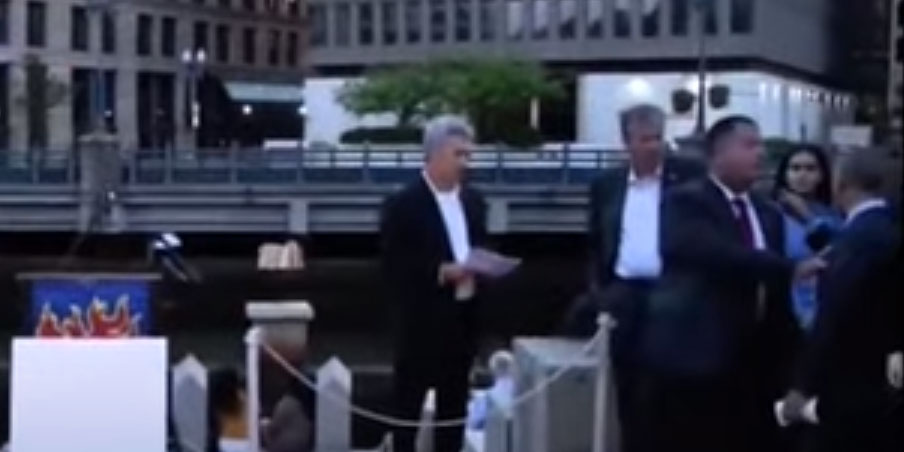 Or at least it’s only progress from the perspective of government insiders for whom a comfy working relationship is the only real goal.  Unfortunately, that’s the perspective that tends to set the tone for news coverage and public discussion.

Tweeting about his first-to-go-live Boston Globe report on the deal, Dan McGowan used that very word, “progress.”  Now, knowing Dan a little, I don’t think he’s in any way a McKee booster, and I don’t think he’s siding with the union versus the students.  At the end of the day, if you’re a journalist, you have to say something, and the insiders are great at setting up the story.  (They ought to be: they’re using millions in taxpayer dollars to craft it.)

This contract is a classic move in the genre with all of the tells:

Providence teachers will receive modest pay raises and a one-time, $3,000 payment as part of a new contract that the union is expected to approve Friday evening, according to a copy of the agreement obtained Wednesday by the Globe.

The agreement, which includes a 1.5 percent raise retroactive to 2020, 2 percent raises this year and in 2022, and a 0.5 percent raise on Aug. 31, 2023, is expected to end a heated, year-long standoff between the Providence Teachers Union and Education Commissioner Angélica Infante-Green. …

Aside from the pay increases and the $3,000 stipend, the agreement will require teachers to participate in four professional development days on top of their 181-day school schedule. It also requires educators to hold parent-teacher conferences and attend up to 10 meetings called by principals each school year.

The deal also seeks to crack on the abuse of sick leave, particularly for teachers who regularly take Mondays or Fridays off. A principal who suspects abuse can meet a teacher, and suspected abuse “may require that a medical certificate be provided” to human resources.

You know what that means in practice?  Nothing.

As for the pay, some explanation is necessary.  By design, teachers get automatic raises every year for a number of years; in Providence, it’s 12.  In the prior contract, the average automatic pay increase across all 12 steps was 6%. The raises that McGowan cites are on top of that increase.

As consequence of reaching top pay after 12 years in a 20-30-year career, the majority of teachers end up in the top step, so they were making $80,509 in 2020.  The $3,000 stipend is therefore nearly the equivalent of a 4% raise all on its own.  But because the raise for the 2020-2021 school year is retroactive, that teacher will also get a check for $1,208.  At the other end of the contract, a 0.5% raise on the last day means teachers start the next contract with a boost; if the next contract has any raise in the first year, it will be on top of this.

Those professional development days?  They aren’t a concession; they’re a way to get more money.  That step 12 teacher will be paid an additional $1,842 in the upcoming year for them.

All of that without solving a single problem from the infamous Johns Hopkins report from two years ago.

Jorge Elorza’s confrontation with Governor Dan McKee wasn’t appropriate coming from the mayor at a community event, but it’s the reaction that residents of Providence — especially parents — should have.

[…] its contract with Providence teachers now that it’s taken over the district.  I’ve already argued that it’s a bad contract, but couldn’t the state have provided an accurate estimate of […]

The Providence teacher contract estimate should be 144% higher than stated. – Anchor Rising

[…] its contract with Providence teachers now that it’s taken over the district.  I’ve already argued that it’s a bad contract, but couldn’t the state have provided an accurate estimate of […]