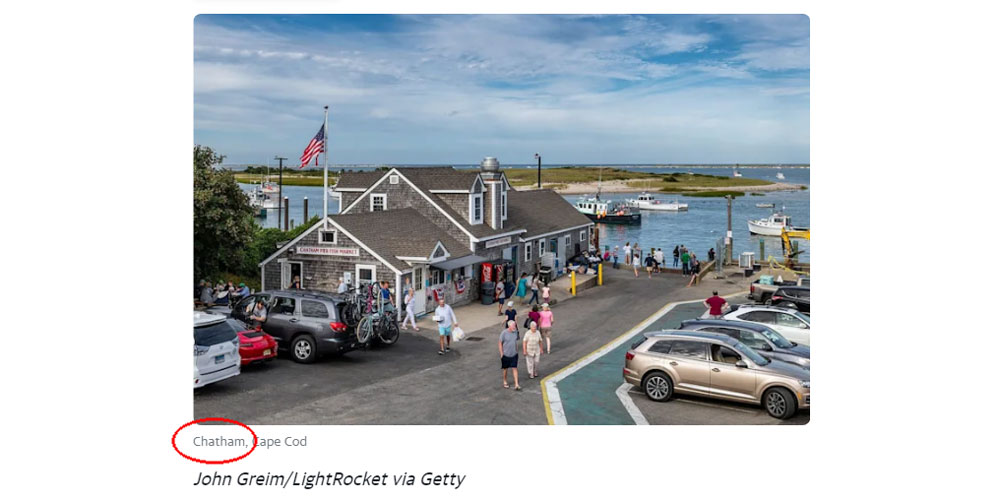 Ideology is preventing us from getting the real story on COVID-19 variants and vaccination.

They say of the Soviet Union propaganda outlet, Pravda, that it contained some real news; one just had to know how to parse it and understand where news was being hidden.

Such is the case with all of the mainstream news media outlets, these days.  You’ve probably seen the headlines about “74% of infections in Massachusetts COVID outbreak were vaccinated.”  That’s the headline.  It’s about the vaccine and infections; the subtext is obvious:  “be afraid of variants.”

The stories give varying details.  MarketWatch on MSN narrows the outbreak to the cape, specifically Barnstable County.  CNBC gets us to the detailed level of the municipality:  Provincetown.  I haven’t seen a mainstream story, yet, that specifies that P-Town is known as a summer hub for gays.  That’s the clue for what’s hidden.

Fulfilling his role as a rational voice in the gay movement, Andrew Sullivan fills in some details:

Is Provincetown our future? Count me skeptical. In Fourth of July week, the town was completely swamped this year, followed swiftly by Bear Week; lines for the bars lasted for blocks; the bars themselves were packed; the weather was dreadful, forcing most of the crowd to pack tightly inside. A tiny town built for a few thousand residents has to absorb up to 40,000 in peak season. One bar in particular — the home for a dance party with the inspired name of “Fag Bash” — resembles a kind of dank dungeon where sweat drips from the ceiling and mold reaches up the walls. It might have been designed for viral transmission. A big swathe of the crowd had also just come from a week of Pride partying in New York City and were likely not, shall we say, at their immunological best. It was a muggy, viral heaven in a classic post-plague burst of bacchanalia. I’m way too old for that kind of thing these days, and don’t like crowds, and so stayed away, finishing the audio version of my forthcoming essay collection. Good call, it turns out.

Putting aside one’s feelings about the culture war, Sullivan’s point is well taken:  These results were produced by the most in-the-face-of-the-pandemic behavior Americans tend to muster.  They are therefore a sign of how safe things are, not that vaccination doesn’t work.  The infected whom Sullivan knows had something of a summer flu, with little chance of hospitalization and no chance of death.  “Just part of the inherent risks of being human on a planet that does not belong exclusively to us.”

I agree with Sullivan on this, but note that this is a narrow discussion — not the debate the news media is leading Americans to have, generally.  Contrast that with the hysteria over spring breakers in Florida.

Our mainstream elite want to control the narrative so they have it both ways.  They want to be able to issue proclamations on a case-by-case basis depending on their own politics.  BLM protests (and even riots) were not a danger at the height of the pandemic, but Trump rallies were.  A tsunami of illegal immigrants is nothing to worry about, but young maskless children in school are.

They don’t want to be forced to be critical of “the young torsos who show up” in Provincetown, as Sullivan puts it, so they simply wash them away, even going so far as to use a photo spotlighting retirees in Chatham on the other end of the cape from Provincetown.

They’re lying to us.

The links that Justin Katz provided, dealt with instances of the so called breakthrough cases of COVID 19 where fully vaccinated people have contracted COVID mainly with the Delta variant. The point in this reporting was not to scare people , but to inform them so they can take what they deem appropriate steps to protect themselves and those with whom they come in contact. The articles give the reason why the CDC is changing their recommendations about mask wearing and large gatherings. I understand that concern for other people is not high on the list for libertarians and today’s Conservatives, but the attempt to drag people’s sexuality into a discussion about a medical problem shows just how demented Justin Katz has become. By the way Provincetown was mentioned in publications and on TV news for days now as the center of the outbreak. Your news is old news and sadly your self delusion is only getting worse.

I’m not the one dragging sexuality into the mix; the progressive mainstream is doing that through its bias. As a consequence, your claim that the mainstream media is just trying to “inform” people so they can “protect themselves” is incorrect. By avoiding description of the actual activity in the location that has seen the outbreak, they are providing no context by which others can make informed decisions.

My position on the questions on vaccination and masking would be the same if the outbreak were occurring at college beach raves of middle class kids. The difference is from the mainstream media and folks like you, who make much of those kids’ activities whether or not they are linked to outbreaks, yet seek to shame and cancel anybody who point out the activities of a more fashionable group when it is clearly linked to an outbreak.

Back up your comment that I have written anything about people’s behavior and the transmission of the COVID flu before my comments about your radical ridiculous rant that I posted today. Let’s make lying wrong again.

It does not matter what sort of activity it is that brings people together in crowds without social distancing and face coverings to the virus . The virus will do what it does. It does not discriminate between gay people partying in Provincetown and churchgoing chorus singers exhaling while singing in proximity to each other. The result can be the same with people becoming infected and then spreading the infection to others. I am afraid now that there may not be a vaccine for those like you that suffer from a dementia that manifests in all sorts of beliefs in conspiracy fantasies.