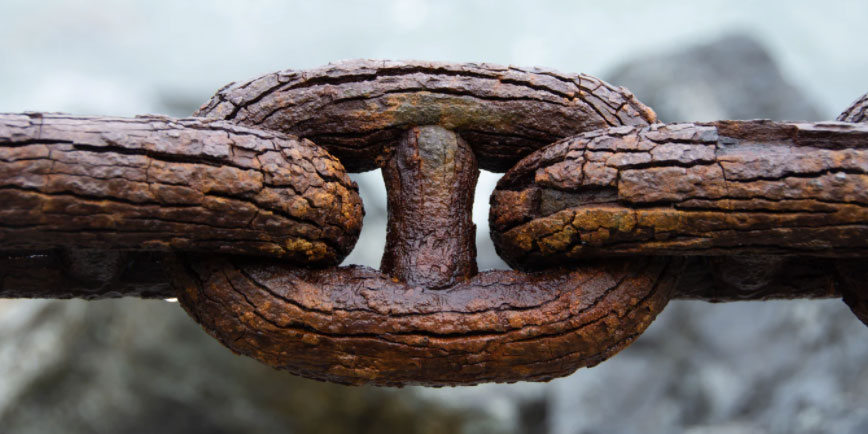 CRT education is preparation to unite us all in chains.

This portion of Ramona Bessinger’s experience with the shift toward critical race theory (CRT) in Providence Public Schools may be the most fundamental to danger the ideology actually represents:

What saddened me most was that I would not be teaching the Holocaust any longer. The Holocaust unit included one of the following: either Anne Frank, The Boy In The Striped Pajamas, and depending on reading level, Elie Weisel’s Night When I asked the school reading coach where all the Holocaust books were, she said “we do not teach the Holocaust because kids can’t relate to the story.” What? Kids can’t relate to genocide, hate, discrimination, and prejudice? Yes children can relate to these universal themes, we all can. Children would never learn about the evils of hatred during the Second World War? Why? What was it about the truth and perspective that seemed to escape us during the 2020/21 school year? Exactly why was all this great literature removed from our curriculum?

Then sometime around January 2021, hundreds of new leaflet style booklets arrived, all poorly written, historically biased, inaccurate, and pushing a racial narrative. I noticed the book covers right away. They were odd. In some cases the book covers browned out the faces of historical characters like Lincoln to look black or brown, none of the books were recognizable, and all the booklets seemed to revolve around slavery or oppression.

The presentation of the advocates does not overtly repudiate Bessinger’s suggestion that themes of genocide, hate, discrimination, and prejudice are universal.  On the surface, their suggestion is that children learn these themes most readily when they can easily see themselves in the characters.  Every aspect of a story teaches its own lesson, however, so something incredibly important is lost.

By focusing on oppression of people who look like them, the schools change the theme from oppression, per se.  Rather, the students are being taught the theme of oppression of a particular group.  They aren’t learning that groups of human beings have taken advantage of each other throughout all of history, but that their own identity group has been on the losing end.

The division that Bessinger describes is the immediate consequence, but the extreme danger in the future is that people who’ve been taught along these identity-group lines — emphasizing their group rather than shared qualities of humanity — will not be able to recognize the universal attributes of oppression.  In the frame into which they’ve been educated, things like “racism” and “oppression” can only be done by white people against non-white people.

The next step is obvious: All that will be required for a full return of oppression is for the faces of the oppressors to be something other than straight white men.  It isn’t even considered all that radical, anymore, to claim that non-white people cannot be racist, and the claim that they cannot be oppressors is implicit.

Featured image by Shaojie on Unsplash.

“They aren’t learning that groups of human beings have taken advantage of each other throughout all of history,”

Correct. I would add – people (correctly) deplore that slavery was once legal in the United States. But they disregard or minimize that it was ended and the very high price, especially in lives, that was paid to end it. Even worse, they completely disregard that slavery is CURRENTLY GOING ON in various countries and remain hyper focused on the historic slavery of one country.