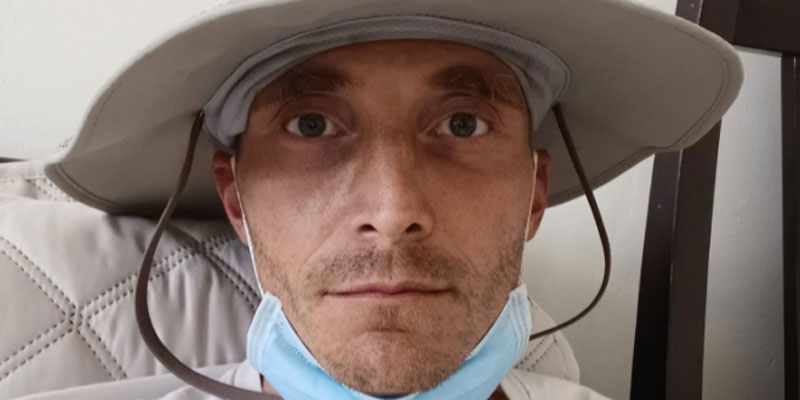 What Do You Do If the People You Rely On for Faith in Humanity Lose Their Faith in Life?

I saw the news, last night, that Mike McCarthy, who’s been engaged in Rhode Island discourse for years, had died.  The question posed by my headline makes an assumption about his death, but from the little bit of information available, one gets the sense that he did not die of natural causes, nor as a consequence of somebody else’s violence or error.  I hold out hope that’s wrong, and he was at peace.

He was a veteran of Afghanistan war (a Navy medic), as well as a participant in Occupy Providence.  Regarding that second detail, over the years, he proved in the comment sections of Anchor Rising and Ocean State Current, and later on social media, that he was an Occupier out of real belief, not raw ideology, and was willing to change his mind.  I believe this was his first comment on Anchor Rising:

This is why I occasionally read anchorrising and also the guys on the other side, rifuture.
Every so often I see responsible opinions, some real reformist discourse! It is obvious that our politics, both nat’l and local is done a disservice by the unchallenged existence of these ridiculous two parties. We can keep ’em, but we need to challenge them with alternatives.
I’m not keen on having too many parties either… we don’t have a parliamentary system to manage them, as a few other nations do.
To me, a solid block of Independents (both from the far fringes, and inside the moderate middle, 20% of the seats?) to mix it up is what’s needed. We need far less of this ridiculous, misinformation junky, whiny, voting block absurdity… ugh.

He was most active in the comments during 2014, when Anchor Rising and Ocean State Current were joined.  Note his capacity for objective observation and keen insight in this comment to a post about procedural shenanigans during the General Assembly’s budget debate:

It is definitely a sham. But I think legislative processes are always a sham.

During Occupy, we did everything in our power to have a consensus-based true democracy – albeit one ran by hand-signals and communal chanting. We operated at a simple majority, and later, at a 2/3rds majority.

What was the result? The rules would suddenly change on a dime when everyone was scared that something they did was bad, or worse, unpopular. There was considerable hub-bub when this happened (and for good reason) but nonetheless, it happened often enough.

I have clear memories of quite a few smart people questioning this strange communal behavior – that is, amending the rules the moment they were inconvenient – but it happened so much that it was quite disheartening.

So, as much as I’d like to say this problem is unique to RI, I think it is partially driven by the herd mentality that comes from group decision making. It only makes it work that we have a single-party legislature, and a poo-bah who answers to no one.

Particularly over the past year, when I’ve interacted with Mike, I’ve moved along with my day in a better mood for having done so.

The posts on his Facebook page at the moment, including from family, suggest the events of the past year deeply bothered him, and I can see why.  Whatever view he may have taken on the topics of the day, he loved his fellow human beings and longed to find a way we could work together.  The past year has not ben encouraging of that desire.

On the other hand, I find it hard to believe that Mike’s reservoir of positive feeling could run dry.  I commented on a Facebook post of his in January, and he responded thus:

This a very great time for the examination of the American heart.
People seem to have this idea that the “other people” do not conduct self-examination. It is as if someone is arriving at different conclusions because they somehow drew the ideological or intellectual short-stick. In reality we are all starting from slightly different places in life and arriving at different temporal conclusions – but the heart, guided by the Spirit, always brings us to the same place.
For all the tumult, I feel we are blessed to have such great peers in this age. All the rancor and ugliness is covering up a significant, the most significant, love.

In February, he posted this:

I have been really troubled by all the many signs of hate, fear, and distrust of others.
Loving people requires only that we know that they are part of the great Love. That’s it.
Love you all! None are unworthy. All are partakers in this Love. God bless you!

If he was discouraged, at the end, I hope it wasn’t because he felt he hadn’t succeeded, but rather because the huge amount of good he had done didn’t seem like enough.

It could have been, and maybe those of us who remain can make it so.  We have to try, because we need this to be a world in which the best of people always have hope.