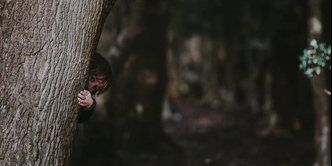 No Specific Answers by R.I. Congressional Delegation on Afghanistan

President Joseph Biden stated yesterday that the United States — more specifically, our military — will comply with the August 31 date to withdraw from Afghanistan.

There are, in fact, now reports that U.S. troops have already started to leave.

However, while upwards of 88,000 people have been evacuated from Afghanistan so far, many thousands of American civilians, as well as Afghan SIV-holder allies, are currently still in the country.

Absent the safe passage to Kabul airport afforded by the U.S. military, it is not at all clear that all Americans, much less Afghan allies, will be able to leave if the president’s timeframe is adhered to.

The Biden/Harris administration’s plan for U.S. withdrawal from Afghanistan inexplicably called for the U.S. military to leave before all civilians, American and Afghan allies, had been safely evacuated. The consequences of this decision — American and Afghan civilians unable to get to Kabul airport and leave the country — have escalated sharply in the last week.

Anchor Rising contacted each member of Rhode Island’s congressional delegation, starting Friday, about whether they were satisfied with the situation of Americans (and allies) in Afghanistan and their apparent inability to reach the airport to leave the country or whether any member of our delegation had contacted the Biden/Harris administration to advocate for a more robust evacuation plan.  We sent emails, below, on August 20 and 24 to their respective communications officers and also placed a call to each office.

Had they perhaps conveyed this information in other media outlets?  Other than retweeting a call on August 15 for all Americans to be brought home, Congressman David Cicilline does not appear to have weighed in at all on the situation in Afghanistan, even declining comment for this Providence Journal article of a week ago. Senator Reed, Senator Whitehouse, and Congressman Langevin have been generally critical of the Biden/Harris handling of the United States’ withdrawal from Afghanistan.  However, nowhere could I find that they had specifically addressed the situation of the ability of Americans and allies to leave Afghanistan and whether they had contacted the administration about it.

Reaching out to Senator Reed as a contributor to Anchor Rising with regard to the situation in Afghanistan.

> The Pentagon said yesterday it has the capacity to airlift 5,000-9,000 individuals per day out of Afghanistan. But the US Embassy in Kabul and the Pentagon have both acknowledged that they cannot safely get Americans and Afghan allies who live outside of Kabul to the airport to be airlifted. There are now numerous reports of Americans unable to reach Kabul. Afghan allies have not from the beginning. As it stands now, they will not be able to get to the airport to leave the country. Is Senator Reed satisfied with this situation? If not, will he be working with President Biden’s administration to develop a more robust plan to extract Americans and allies from the country?

> Has the Senator or your office been contacted by any Americans or Rhode Islanders presently in Afghanistan seeking assistance to leave the country? If so, how many and what were they advised?

And below are the questions send via e-mail on August 24 to each member of the delegation:

My questions for Senator Reed, below, about the situation in Afghanistan stand and I would add one more in light of a statement by the Taliban: does Senator Reed believe the United States should remain in Afghanistan as long as necessary to facilitate the departure of all Americans and SIV allies who wish to leave? Or does he believe that the August 31 deadline is fixed and should be observed regardless of the status of Americans and SIV allies?

Anchor Rising has reached out to all members of the Rhode Island Congressional delegation with these questions. The timeframe for Senator Reed to respond is tomorrow by 4:00 pm as we are projecting to publish all responses (non-responses) on Thursday.

Image by Annie Spratt via Unsplash.