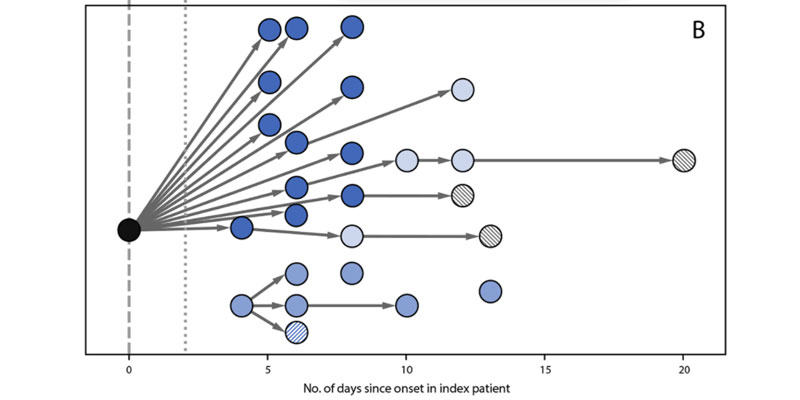 Studies show we must apply reason to the Delta fearmongering.

This Twitter stream from “epidemiologist & health economist” Eric Feigl-Ding, who lists “health & social justice” as priorities, is going around gaining agreement that we must (as he puts it) “Mandate teacher vaccinations now!”  Replies to his tweets go farther, emphasizing punishment for people who don’t comply.

For reference, my opinion is that the benefits of vaccines outweigh the risks for adults, that parents should be wary of vaccinating young children when that’s available, that teens are a judgment call, and that mandates should be resisted.  Also, I believe the cost of masking children and teachers outweighs the benefits, and that masking is generally overkill in public spaces.

Feigl-Ding’s tweets report some details from a CDC study of an outbreak May-to-June outbreak of the Delta variant in a school in Marin County, California, with the following key details:

There are two ways to react to this information.  The first is Feigl-Ding’s fear-driven demand to force compliance with any mandate that public health officials think might help.

The second is to observe that the scary chart shown in the featured image of this post is only possible because of the extensive testing.  This same sort of outbreak of a non-novel virus would have (maybe) resulted in a few people staying home for a day or two and everybody chatting at a birthday party or soccer game about how a bug was going around.

Moreover, if the level of compliance described in this study was insufficient, cracking down even more is hardly an option.  The costs will go up (schools shut down, we lose our civil rights, etc.), and the additional reduction of risk will be minimal.

A last thing to consider is that the teacher and half the students in his or her class, along with some siblings and parents, now have natural immunity — which is many times more effective than the vaccine — at no great cost to anybody involved.  In this light, let’s just say it isn’t at all clear that we’d be better off pursuing a “punish the non-compliant” strategy than a “lighten up and be realistic” strategy.

“lighten up and be realistic” haha! Love it, I’m going use these words more often instead of staring in utter disbelief.