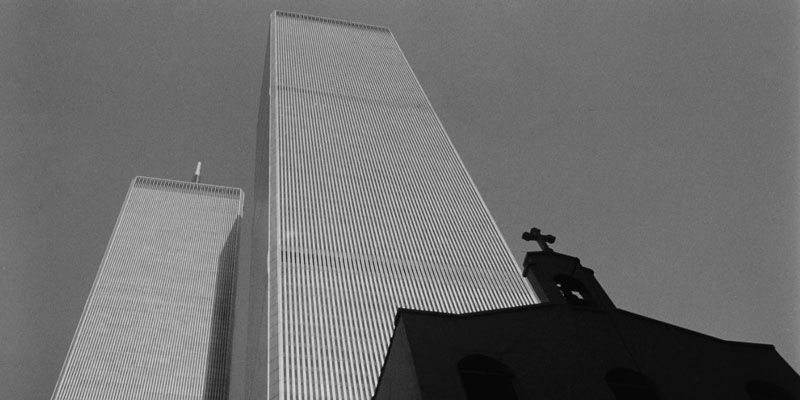 Teen Vogue is taking advantage of its audience’s lack of 9/11 memory.

As I write in my latest article for Accuracy in Media, the oldest teenagers alive today were born in 2001, so no teens have memories of 9/11/2001 and probably very few memories of that entire decade.  UMass Amherst history professor Asheesh Kapur Siddique attempts to take full advantage of that fact by framing September 11 as if it is most significant because conservatives used it to go after the academic freedom of left-wing college professors.

Nicholas De Genova of Columbia University, Siddique’s poster child for put-upon professors, “expressed his wish that U.S. forces in Iraq suffer ‘a million Mogadishus’,” according to Siddique. That is an antiseptic way to skirt past the graphic images of Americans’ naked bodies being dragged through the streets, which were seared into the national memory. When De Genova’s comments predictably generated controversy, he sought to clarify that what he really wanted was “something more like another Vietnam” — “a stunning defeat for U.S. imperialism [and] a victory for the cause of human self-determination.”

A leading American university should not punish a professor for saying such things, but this is not “pursuing ideas” in an academic sense. It is wishing harm to your country and the brave men and women who volunteer to serve it.

If Siddique were truly concerned about academic freedom, he might have provided some data, such as that collected by the Foundation for Individual Rights in Education (FIRE), which I cite in the article.  Of course, then he’d have to acknowledge that going after professors is much more a progressive practice than a conservative one.

But what professors say matters in ways that aren’t academic.  As I wrote, the images from Mogadishu were seared in the American memory still in 2003.  To say the least, it is absolutely reasonable to question the judgment of an Ivy League professor who spouts his nonsense so casually.

Just so, the images from 9/11 are still with us.  I went to high school with people who died in the Twin Towers.  I had friends who had to run from its collapse, and others who were part of the throngs seeking ways across the water to New Jersey.  My brother-in-law was ferrying such folks across.  I participated in wrestling and judo lessons with one of the heroes who took on the terrorists on Flight 93.

So, apart from pointing out the dishonesty inherent in Siddique’s analysis, I have to question his judgment using 9/11 in this way and to object to his use of propaganda to mislead American teens.

The very existence of Teen Vogue is a sad testament to the abysmal state of parenting in America.