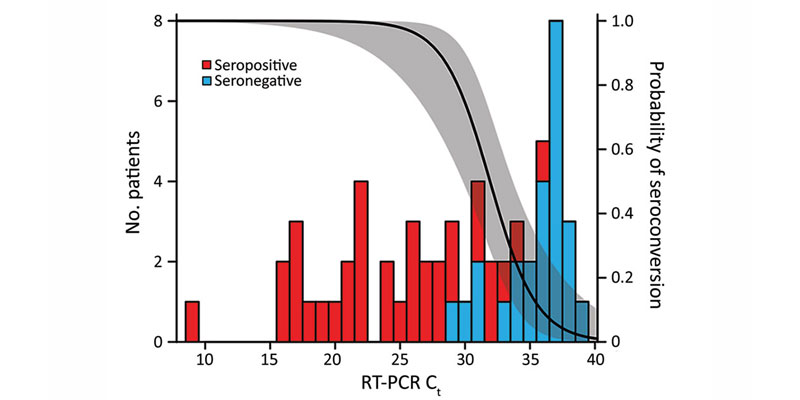 Word is that a nearby trampoline park was packed with unvaccinated children over the weekend, with scarcely a mask to be found.  Meanwhile, Rhode Island state senator Alana DiMario is proclaiming the pending approval of the Pfizer COVID vaccine for children between five and 11 as “life changing,” because “the daily stress of weighing every decision against risk as most returned to “normal” has left parents of <12 so exhausted.”

Obviously there are different perspectives, and each side seems to feel it’s acting on clear evidence.  The confidence with which people are making their assertions shows how political “science” has become.  Every study that generally supports a point of view is proclaimed decisive and complete.  That’s not how any of this is supposed to work.

So, I was thrilled to see Pablo Rodriguez offer me a link to some of the evidence for his point of view that we can’t rely on natural (that is, acquired) immunity from having been infected with the coronavirus.  The summary article from a website called Nebraska Medicine, I’m inclined to dismiss, because it begins, “The data is clear: Natural immunity is not better. The COVID-19 vaccines create more effective and longer-lasting immunity than natural immunity from infection.”  That’s an advocate’s rhetoric, not an analyst’s conclusion.

The studies behind the claim are worth reviewing, however.  There are three, and I’ll review the second two when I have a chance, but anybody who has followed the debate closely will find the first very interesting.  The summary article claims this study shows that “more than a third of COVID-19 infections result in zero protective antibodies,” but the story is much more interesting.

First of all, note that the flip side of one-third not having protective antibodies means that two-thirds do.  Dig into the study’s figures, though.  In its first column, the first one shows that the people who did not have antibodies were mostly under 40 years old, while those who had antibodies were evenly distributed across age groups.  Indeed, according to the demographic table, the non-antibody group was, on average 14 years younger.

The other column is further illustrated in the second figure (which is the featured image for this post).  This shows the presence of antibodies compared with PCR count.  The higher this count, the less of the virus a positive test found.  As Andrew Bostom explained to The College Fix last December:

In the present study, the average PCR count of those who had antibodies was 24.5.  For those who didn’t have antibodies, it was 36.  This directly supports Bostom’s argument months ago that many of the people counting as “cases” weren’t really infected.

The study doesn’t say how many of the high-count people were also younger, but one suspects lot of overlap.  The fact that some of them reported symptoms and even hospitalization (though very few) could simply be noise.  The symptoms could have been coincidence, because everything was being attributed to COVID upon a positive test, even if the test was meaningless and trivial.

So, my previous position on natural immunity requires this adjustment:  people whose only evidence of having had COVID was a positive test shouldn’t be confident that they actually had it and therefore are immune, but that still leaves plenty of people with a strong claim that they don’t have to be vaccinated, especially if they get their test records and had PCR counts under 30.

Long natural immunity is important to recognize, even in its caveats. – Anchor Rising

[…] of the pandemic, as well, because it affects our ability even to have an accurate picture.  As noted in this space a few weeks ago, the reason some studies find that natural immunity is iffy is that many people […]

[…] When she does give a number, it’s national, without context, and for a different metric.  Is that 25% of cases across the country since the start of the pandemic?  Recent?  On a given day?  What age groups is she counting as “children”?  And how many “infections” were just the result of an overly sensitive testing mechanism generating false positives? […]

[…] When she does give a number, it’s national, without context, and for a different metric.  Is that 25% of cases across the country since the start of the pandemic?  Recent?  On a given day?  What age groups is she counting as “children”?  And how many “infections” were just the result of an overly sensitive testing mechanism generating false positives? […]