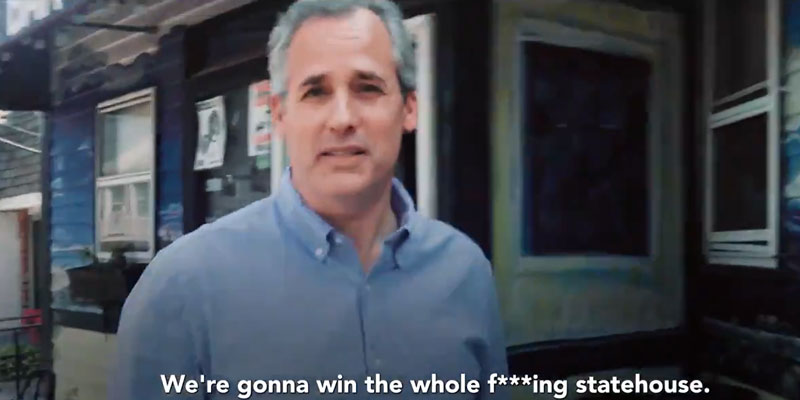 Who wants Matt Brown to be governor? Out-of-state progressive experimenters.

One topic conspicuously not addressed in Matt Brown’s slick new video announcing his candidacy for Rhode Island governor is what qualifies him specifically to run an organization as large and complex as the state government.  Surely a willingness to drop the F-bomb isn’t sufficient in itself.  That omission raises the question asked in the subject of this post.

For some sense of the answer, I took a look at his campaign donors.

For somebody who’s probably been thinking about another run since he reappeared on the Rhode Island scene in 2018, he’s been incredibly inactive on the fundraising circuit.  He has not a single donation (other than a loan from himself) since before the 2018 election.  Then suddenly, in June of this year people started giving him money.

Not just any people (or even many people).  Of the 28 non-Matt Brown donors to Matt Brown in June, only seven did not give him the maximum donation of 1,000, and none gave less than $100.  What’s more, eight of his $1,000 donations came from four couples.  Additionally, a conspicuous number of the donors list progressive organizations (notably, Renew New England) as their employers.

Also worthy of note is that 81% of Brown’s donation came from out of state.

This puts his rhetoric about starting a revolution in a small place in a different light.  It seems Rhode Island has been targeted by big-money national activists as an experiment in electoral politics.  Wealthy donors from other states want to see if they can force us to live according to their ideology.

That’s why Brown has such contempt for you, the voter, that he’ll swear in his kick-off video.  They’re going to shove their socialism down your throat whether you like it or not.

Not I for one. And not the eleven other of my crew. No!