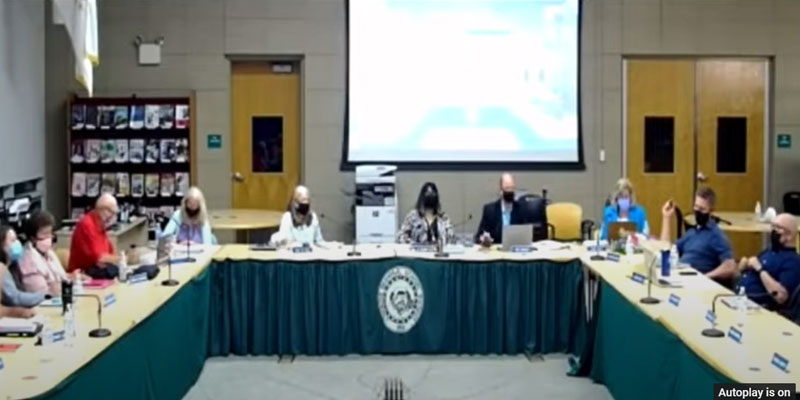 David Stall’s resignation in Chariho demonstrates that even when we win we don’t win.

That dynamic has defined the disheartening turn of national politics over the past couple of decades, and as often happens, we can see the lines of the problem more clearly when they’re close up.  When people aren’t able to win fair and square and have a reasonable go at changing things, they don’t change their minds.  They radicalize.

Stall, who serves as pastor of First Hopkinton Seventh Day Baptist Church, was critical of the committee and its handling of the pandemic and social issues, chastised Chairwoman Linda Lyall’s for rejecting his requested agenda items and vowed legal action as he spoke from the podium during the public forum at the beginning of the committee’s meeting Tuesday at Chariho High School.

“Some of you are smart enough to predict this separation precedes legal action that I am starting against you,” Stall said. “For the last 18 months, you have tried to silence me, dismiss my perspective, given me the run around and literally refused to allow my requested agenda items. In a few cases, I believe your actions were illegal, and often they violated reasonable and decent practice for a school committee.”

Yesterday Republican State Senator Elaine Morgan posted on Facebook a YouTube video from a few weeks ago in which Stall explains one instance of this “run around.”  Part of what makes these things so frustrating for those of us who get involved is that it takes so much detail on a very narrow, facially inconsequential incident to explain it to others who follow the issues only casually.  It’s like trying to explain to a passerby why the color on a microscope slide could be a fatal indication for somebody who looks healthy.

The subtle difference is between treating opposing ideas as arguments that may win politically and reacting to them as if they might be infectious agents that are so obviously harmfully and so dangerously attractive that they must not be heard.

The risk to such suppression is this:  David Stall was willing to sit at a table and speak with them in measured tones on a regular basis.  They’ve driven him away, and now he’s going to try the court system.  My experience leads me to be pessimistic about that approach, so what comes next?  Perhaps not from Stall, but from the next person who won’t sit by while their community goes in the wrong direction.

People sitting at the table is how we resolve our differences peacefully.  Nobody should be more concerned about the implications of Stall’s resignation, therefore, than the people who drove him out.