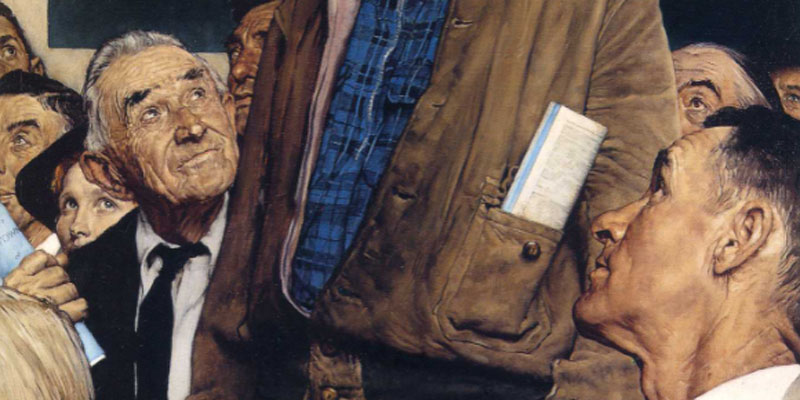 Let’s not pretend the Biden administration’s attack on local parents is out of character.

Whenever we have the opportunity to watch some other country gradually be taken over by left-wing fascists (Venezuela comes first to mind), the headlines always have me shouting at the computer screen — like a movie-watcher might shout at the TV when the hero is ignorant that his friend is the villain and is acting as if the friend-rules still apply.  That is to say that the people trying to save their nations are always, always too slow to speak openly what all know to be true: that their system of government is gone.

The legislators bravely face down thugs as they pass ineffectual legislation.  The judges risk their lives issuing rulings that the regime isn’t going to follow.  Meanwhile, the people continue peaceful protests that do little but confirm, incrementally, that the nation has fallen to dictators.

Now, I’m not encouraging folks to abandon lawful means for shoring up our representative democracy.  The politics of this are an intricate art.  Indeed, I’ve been learning from painful experience the risk of testing a regime’s slide away from democracy.  There’s some value in having the villains pretending to be following due process, and when the people push for clarity in a court, say, they often do nothing more than lose the leverage of pretense.

I mention all this because the America First Legal Foundation (AFL) has requested an investigation into substantiated suspicions that the Biden Department of Justice worked with progressive Democrat activist organizations (teachers’ unions, notably) to plant the National School Boards Association letter requesting assistance with the “immediate threat” of angry parents:

AFL says the Biden administration was in on the unconstitutional effort to mitigate the “political impact of parent mobilization [at school board meetings] and organization around school issues [like CRT and mask mandates] in the upcoming midterm elections” all along. And who was that “outside group”? The good old National School Board Association (NSBA). Remember them and their September 29 letter calling America’s concerned parents “domestic terrorists”? I wrote about them here.

This is entirely in keeping with a decade or more of Democrat practice.  We saw this with the IRS targeting of the Tea Party.  We saw it with the intelligence agencies turning against President Trump.  Now we’re seeing it with school committees, labor unions, and the Biden administration trying to prevent parent outrage from coalescing into a political movement that might threaten their power.  Parents who come together to oppose critical race theory or radical gender indoctrination might not be as friendly at the contract negotiating table, too, and they might not be as bought-in to the progressive agenda.

That’s what it’s all about: power.  Any development that might weaken the insiders’ chances in an election is a direct threat to all that they hold dear.  It doesn’t matter if the people are defending their own children through the peaceful exercise of their God-given rights.  Somehow, they have to be stopped, and making them feel as if they might be targeted, investigated, audited, and spied on will act as discouragement.

We have to recognize this reality.  The hard part, though, is answering the question, what then?

I really enjoy this guy. Biden’s Getting Ready to find out…He Ain’t KING! https://s.w.org/images/core/emoji/13.1.0/svg/1f602.svg | Buddy Brown – YouTube “whenever someone hits the subscribe button here, a communist cries and wets his pants”