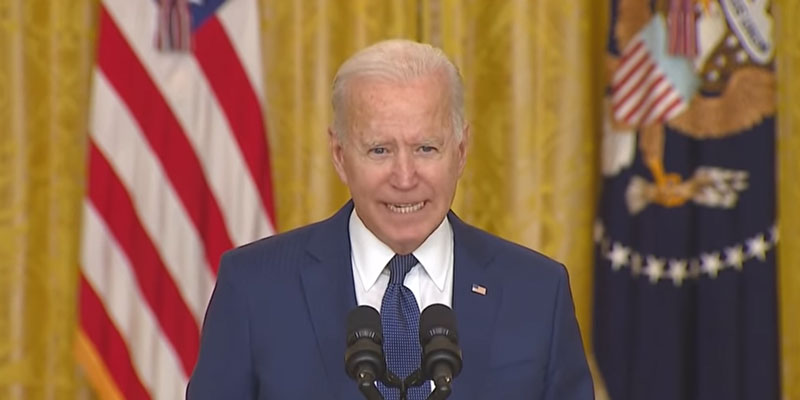 The innocent must beware of Biden’s threat never to forgive or forget.

Catching up on podcast listening over the weekend, I was reminded of Joe Biden’s declaration (video) after the terrorist attack on Kabul airport while his administration was struggling in its shamefully botched retreat from Afghanistan:

Of course, as we soon learned, the people whom Biden made to pay three days after his big talk were an aid worker and seven children, as well as several other relatives.

Now we receive this news, from Lorenz Duchamps in The Epoch Times:

The ISIS-K terrorist who carried out a suicide bomb attack in August outside of the airport in Kabul, Afghanistan, had reportedly been released from prison just days before the Taliban’s overthrow of the government, according to a U.S. lawmaker.

“U.S. national security officials have now confirmed to me the reports that the Aug. 26 Kabul bomber was a known ISIS-K terrorist that was previously detained at the Bagram prison and was released along with thousands of others just days before the deadly attack,” Rep. Ken Calvert (R-Calif.) said in a statement.

So, the White House initiated an historically tragic debacle, the Taliban released a terrorist from prison, that terrorist killed thirteen Americans, and in response Biden and his incompetent military commanders lashed out at an aid worker and his children.

What new twists could make this story any worse?  #LetsGoBrandon.

Why would there be accountability for droning children in Afghanistan? – Anchor Rising

[…] Remember when the American military accidentally blew up an aid worker and seven children in his family? Yeah, well, nobody will face consequences for that: […]