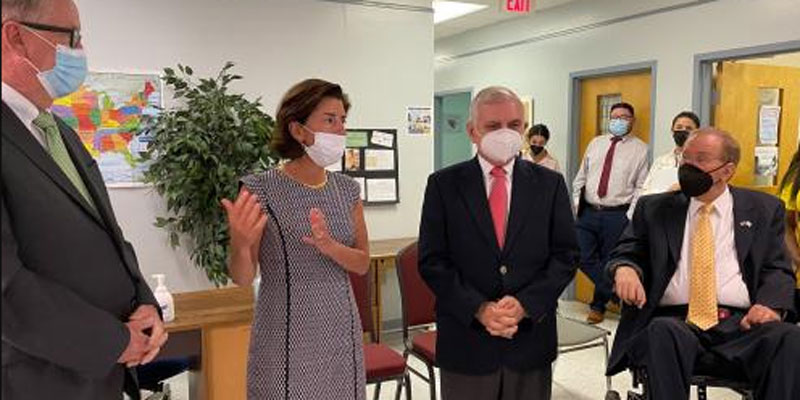 The news media continues to embarrass itself and sell us out for Raimondo.

What an embarrassing puff piece from the Associated Press and run by WPRI.  You know that old line about discomfiting the comfortable?  How about skepticism about the powerful?  Yeah, not so much.  Instead, one can only wonder whether Raimondo’s people slipped the writer, Josh Boak, cash or promises or he’s just a cheap date who puts out voluntarily, being so much in the bag for Raimondo’s gang.

I leave it to the reader to decide how much treacle he or she can take, but two things demand notice because of their practical consequences.  First:

To end the shortage, Raimondo, 50, must bring back production of chips as well as solar panels and batteries on the premise that these sectors are key to prosperity. This means consulting semiconductor executives almost daily, following data on plant shutdowns in Asia, seeking additional government support for these industries and making her department something more than a generic envoy to business.

It is a fundamental misunderstanding of the legitimate role of government and of the measure of its competence to leave it up to the commerce secretary “to end the shortage” of computer chips.  Boaz and Raimondo should not be framing this as something that she will accomplish.

Yet, that’s how they frame it because, as made clear in the second paragraph above, the Biden administration is not letting the crisis go to waste and is using it to nationalize huge industries.  From here on out, the manufacturing industry is a matter of national security, which means government control.

This is of acute concern for reasons related to the second passage of note:

Raimondo anticipates the computer chip shortage will last well into next year — and hurt. The White House noted in a September report that the shortage could lop a full percentage point off economic growth this year.

“We all probably underestimated how disruptive COVID is to our supply chains,” Raimondo said. “We just abruptly shut down our economy. Automakers just stopped ordering semiconductors.”

Who is this “we”?  Boaz lets this slip without pointing out that a prominent member of we was Gina Raimondo, who issued her own statewide lockdown order on March 28, 2020.  So vehement was she, that the Boston Globe reported she felt she had no choice because “only 50 percent of residents [had] been complying with her previous orders.”

She underestimated how disruptive COVID would be.  She declared an emergency and insisted that it gave her perpetual dictatorial powers for as long as she wanted to renew it.  She did it.

And now she is going to take charge of the American manufacturing industry?  Are we crazy?

Boaz gets one thing right:  “For the trappings of a technocrat, Raimondo is making choices on personal terms.”  Politicians like Raimondo claim that they’re making decisions based on science and the collective good, but they’re really making them for personal gain and based on personal feelings.