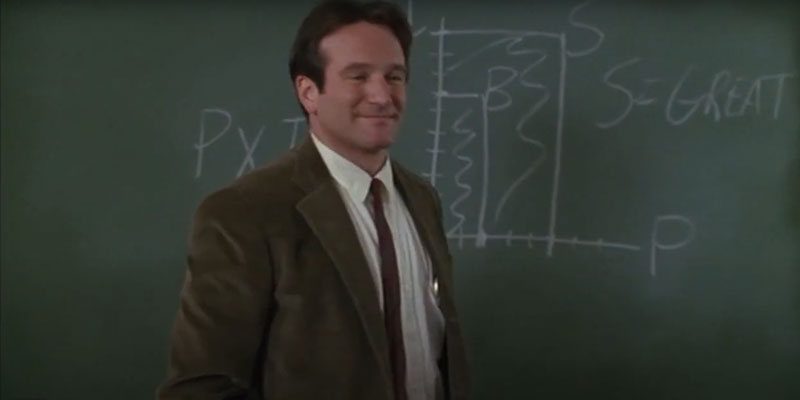 The woke measure everything with the wobbly ruler by which they judged poetry (and killed it).

During a long and far-reaching conversation between Jordan Peterson, Adam Carolla, and Dennis Prager, the trio thought through the reason an insidious concept like critical race theory is gaining such a foothold when areas of society like athletics ought to teach us the folly of its lessons.  Prager raised the lunacy of classical orchestras’ discarding blind auditions in order to address an assumed “systemic racism.”

In blind auditions, you can’t see who’s playing.  There can be no actual racism, so the orchestras are implicitly lowering their standards based on an assertion that different outcomes must therefore mean the racism is applied elsewhere, as part of the fiber of the system.

They suggested that sports are more immune to this sort of thinking because of the sheer, visible absurdity it would produce.  It’s too easy to judge merit in sports.  A classical music audience may vaguely feel a performance was off, but it’s not as if they can watch two orchestras, or even two soloists, battle it out.  In sports, the result is right there on the court or the field and right there on the scoreboard.

So, since human beings are wired to measure and compare, we are susceptible demands to judge things of less-overt merit by something other than merit that is measurable, like the skin color of the participants.  One could make the case that our society has advanced in proportion to the degree to which we’ve been able to make intangibles more measurable so that which is essential can compete with that which is only incidental.  As science branched off from philosophy, for example, we could judge results independently of practitioners.

This idea brings to mind that famous scene in Dead Poets Society in which Robin Williams’s character has his students rip out of their poetry textbook a preface that proposes a system for measuring the greatness of poems.  “Excrement,” he calls it.  So easily mocked and obviously wrong does the movie present this scholarly approach that the viewer marvels that any textbook writer — even a fictitious one — would be so blind as to publish it.  Clearly, the proposition goes, these people who’ve devoted some not-insignificant amount of time to the reading, aggregation, and consideration of poetry have no true appreciation of poems.

Here’s a question that didn’t occur to me when I first saw this movie as a teenager 30 years ago:  What is the status of poetry now compared with its status before our culture ripped the scholarly page out of its book?  During one of my music courses in college, we students laughed to hear that romantic composer Robert Schumann held poetry to be a finer art than music.  How far poetry had fallen from Schumann’s day to the days of my youth, and by now it is all but dead.  For most people, poetry doesn’t exist outside of mandatory school classes.  For even more people, it doesn’t inspire.

First went the challenge of it, with the erasure of rhyme and meter, and then went the ability to assess it according to any objective measurement.  And then, it just went.  Our modernizing, increasingly progressive society made poetry easier to write, removed all standards, and proclaimed it wholly subjective.  As a result, the art form cannot accomplish its central purpose, which is to communicate from one person to many people.

If poetry is wholly subjective, and if it is less up to the poet to appeal to you than it is up to you to be moved by poetry (as modeled in Dead Poets Society), perhaps a black poet’s work does not appeal to a white reader because he or she is racist.  And if, when all the chips are counted, fewer black poets find audiences than do white poets despite ambiguity of race in their names, perhaps that is because the racism is systemic.

While wrong-headed in many ways, such a theory has a level of plausibility at the high water mark of civilization’s incoming tide, where even the arts were subjected to analytical scrutiny.  It is less plausible, however, as that tide recedes and a baser tribal instinct seeks to apply the theory where objective analysis is much more obviously relevant.

For that reason, the lunatics following the tide out raving must impose their subjective scrutiny by force, and if they succeed, the result will be for humanity what it was for poetry.

[…] agenda tied to CRT, “equity,” and “anti-racism.”  That step returns us to an analysis in this space last month suggesting that the idea might be to eliminate objective standards so that the natural […]