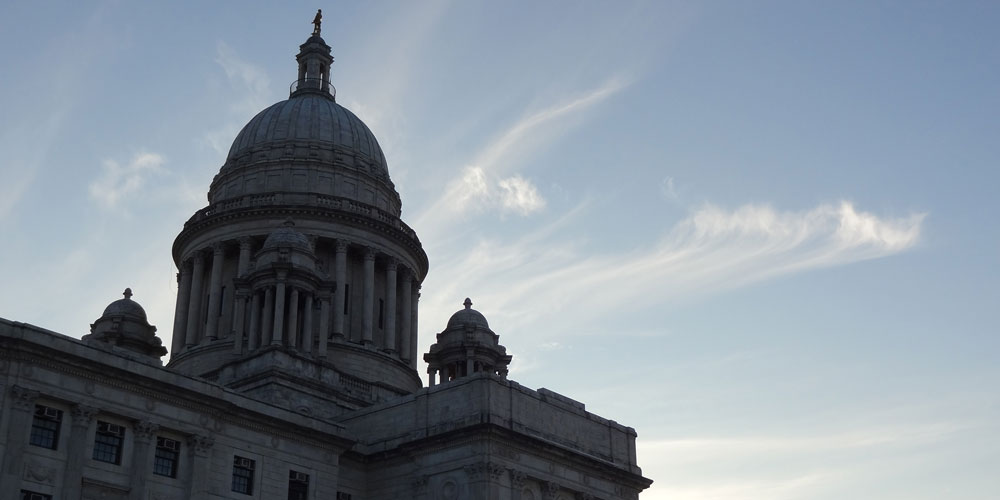 Alex Cannon would definitely be an improvement on the East Side of Providence.

Alex Cannon is the Republican candidate in the race for the open Rhode Island Senate seat representing the East Side of Providence, but progressive journalist Steve Ahlquist conducted a lengthy, interesting, and fair interview with him on Uprise RI.

Cannon, who hails from Las Vegas, Nevada, and arrived in Rhode Island in 2017, describes himself as “a conservative Republican with freckles of libertarianism, which is the right place to be (in this writer’s opinion).  One can tell, however, that he’s still in the piecing-it-all-together phase of his political-philosophical development.  After all, when asked if he’s got a path to victory, he gave the progressive activist writing for publication a detailed answer about strategy that would be more appropriate for a private meeting with a Republican donor.

In any event, he acknowledges the long odds in advance, so hopefully he’ll stick around, become more engaged, and move to the next phase.  If his longshot for a General Assembly seat doesn’t pan out, perhaps he’ll consider a shift of focus to city council.  Many of the sticking points for his neighbors (e.g., abortion) are much less relevant at that level, while the more-practical considerations of municipal government would play to his intelligence and his degree in economics.

Beyond simply getting to know the candidate, one observation from the interview that’s worth mulling over has to do with the posture of a Republican entering a battlefield that’s been “a Democratic stronghold for so long.”  The tendency is (understandably) to want to seem non-threatening, which may be appropriate for essentially religious issues like abortion that require long-term cultural shifts to change.  But Republicans run in these areas because Democrats have failed so miserably and so manifestly.  Threatening that failure is a selling point, not a liability.

With education, for instance, the city and state have been abysmal failures.  Everybody knows it.  It’s documented as fact in an academic report and has been recognized nationally.  This is not an area that calls for careful, wonky solutions like a little more respect for charter schools and a slight increase in the money available through a complicated program like tax-credit-funded scholarships to private schools.  (Tax credits for evil corporations?  What?)

Progressives don’t approach politics like that.  To them, being pro-life is making slaves of women.  Climate change is going to kill us all if we don’t take cars away and increase the cost of electricity massively.

In an urban setting, education policy is like a rich fruit with a tough skin.  It has the potential to completely shake up the political landscape, but it has to be forcefully entered.  And yes, the case has to be made.  Making excuses for the status quo, Ahlquist asserts that “there’s not a lot of government could do about mandating behavior in homes.”  To progressives, this is justification for giving government more control outside of the home, but for conservatives, it’s an opportunity to make the case for the incentives that come with opportunity and for the ability of individuals and families to grow.

Conservatives can’t enter a heavily Democratic district with all ideological guns blazing, but they also can’t come in trying to sell a more competent version of the same old approach.  Fear of the unknown and the groundwork the Left has done demonizing conservatism won’t be overcome that way.

What’s this dude policies? You wrote a ton of your opinions but I came out of reading this with no clear clue of who this person is.

The links at the beginning will lead you to his campaign website and the interview I mentioned.