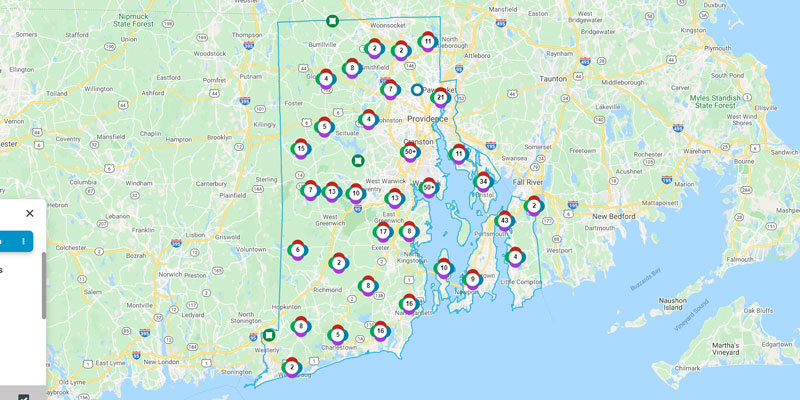 Tired of living in a Third World state, yet?

The featured image for this post is the power outage map for National Grid at 7:00 a.m.  Power is out across the entire state.

It doesn’t have to be this way.  Wires could be put underground, except that our government squanders as much money as it can so as to charge us additionally for basic services or force us to pay for basic services again on our own (as with generators and private schools).  At labor unions’ behest, government also drives up the cost of infrastructure projects, making frequent updates unaffordable.

And then there’s radical environmentalism.  Energy resources could be cultivated across the country.  Under the last presidential administration, the United States was becoming an energy exporter.  No more.  Now we’re closing pipelines and driving up prices even higher.  In contrast, cheap, reliable energy would free up the market for experimentation in both generation and storage technologies.

It doesn’t have to be this way.  We just have to break through the spell that government officials, special interests, and the news media have put us under and run things reasonably again.

I have been informed by National Grid workers that in Europe (National Grid is a European company) their lines are run underground. Some years ago, I lived in Brookline, MA. They have required underground utilities since, I believe, 1923.