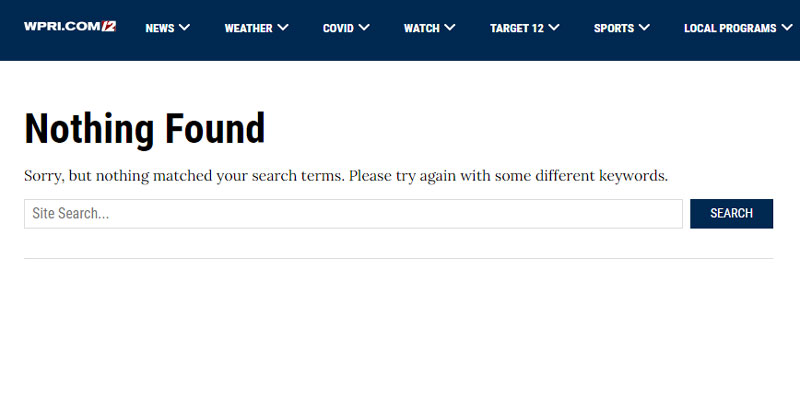 Why doesn’t WPRI care about education in Providence?

This week a Providence public school teacher appeared on the highest-rated cable news show in the nation talking about the ideological revamping of her school’s curriculum and the retaliation she has faced for publicly objecting to it.

Whether one thinks Ramona Bessinger is acting as an invaluable whistleblower (which is my view) or is part of some fringe movement bringing harmful distractions to already-struggling school districts, her story is newsworthy.  Either she is releasing information that the public needs to know or the public needs to know why the information isn’t what it appears to be.

Yet, Ted Nesi’s weekly Nesi’s Notes column — his self-branded “briefing on local politics & more” — which he’s always presented as a roundup of everything that Rhode Island news consumers may have missed but should know, includes no mention of the appearance.  In fact, a search of WPRI’s entire website for the term “Ramona Bessinger” produces zero results, as shown in the featured image of this post.

Clearly, WPRI’s journalists, producers, and managers don’t want to bring attention to such stories, but the question is why.  They might claim that a large portion of society has succumbed to disreputable beliefs that they don’t want to fuel, but the more plausible reason seems to be that WPRI is trying to protect the narrative of the powerful.  It’s a partisan, progressive Democrat news organization, and its audience would be discomfited by information outside of the propagandistic storyline that the party has prescribed.

Honestly, even I was surprised to discover how one-sided the station’s flagship political news program, Newsmakers, has become, as I scrolled through its episodes page, just now.

We’re way beyond bias, at this point.  Such outlets are simply not doing the job that they publicly claim they do.

I don’t think there was ever a “golden age” when journalism wasn’t biased. Many newspapers included “Democrat” or “Republican” in their names. At least that informed you of their bias. Like many, I long ago learned to seek out websites which would provide “the other side of the story”.