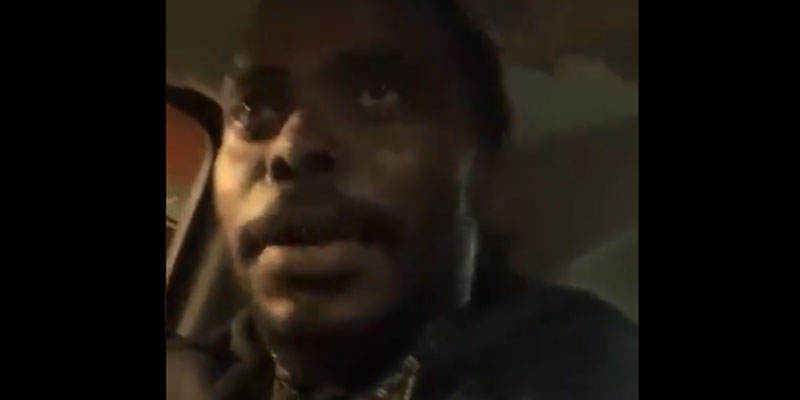 Clarity about who genuinely cares about justice is important.

Yeah, social media is the land of wacky statements, but when themes emerge, they’re worth considering.  One theme that has emerged as the prosecution of Kyle Rittenhouse falls apart is threats that he’d be safer in jail than on the street or that the jury better find him guilty no matter what.

The most prominent in the latter group came from a video posted by George Floyd’s friend, Cortez Rice, claiming the jurors are being photographed, suggesting that they will be in danger if they don’t convict:

George Floyd’s nephew, Cortez Rice, makes a claim that he knows people taking photos of jurors during the Kyle Rittenhouse trial in Kenosha, Wisconsin. His goal is to dox jurors if they do not convict. pic.twitter.com/uwLuV2ftfV

Townhall reporter Julio Rosas says he was in the courtroom and saw no evidence to support this claim, but whether it’s true or not one lesson is clear:  Anybody who takes this attitude is not concerned with justice, at least in the sense of the term that requires an objective review of the facts to ensure to fairly assign blame and consequences.

Of course, the political Left isn’t interested in justice, but social justice.  In the latter case (which means something different than it did when it was a associated with Christian social policy), blame and consequences are assigned based not on facts, but on group associations.  Viewed most charitably, the claim is that the harm done to Black Americans has been so massive and pervasive, that individual White Americans may have to bear consequences for things of which justice-justice might find them innocent.

The slightly more extreme version is to insist that Western justice-justice is, itself, an unjust means of suppression.  Ultimately, though, it comes down to people making judgments of right and wrong based on their feelings and group associations and not really interested in notions of right and wrong outside of those two guides.